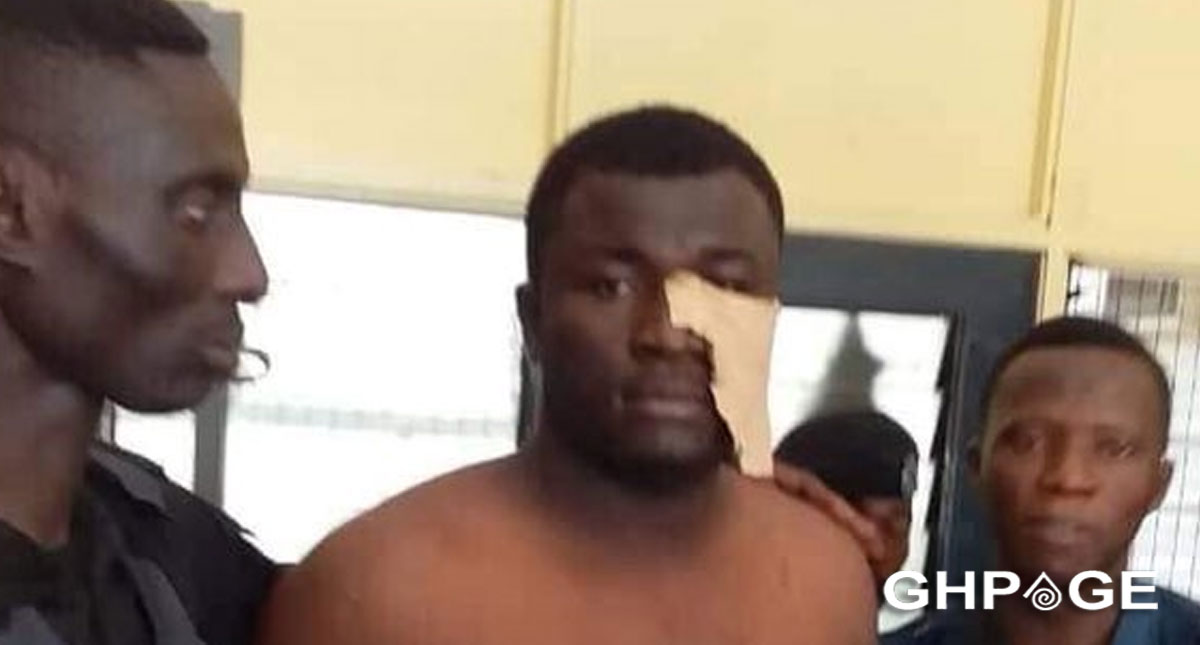 The suspect  was arrested at the Atimpoku bridge by the Akosombo divisional police whilst fleeing the Volta region. He was fleeing in a black Golf car with registration number GW 5972 – 18.

Eric Kojo Duah is currently in police custody being investigated at the police headquarters Accra. His accomplices, Ibrahim Zakaria, Issac Amissah and Dominic Commey are also being interrogated in respect to their involvement in the brutal murder of the two uniformed police officers.

It would be recalled that the two police officers were brutally shot at Gomoa Buduburam, Central region after they attempted arresting the suspects who were driving recklessly in an unregistered blue black vehicle. The case is being investigated and eyewitnesses have come forward to narrate the gory incident.

The story has received wide attention and continues to develop stay tuned to this portal as we bring you updates soon.