Ernest Opoku is gradually getting mad-His girlfriend begs for help 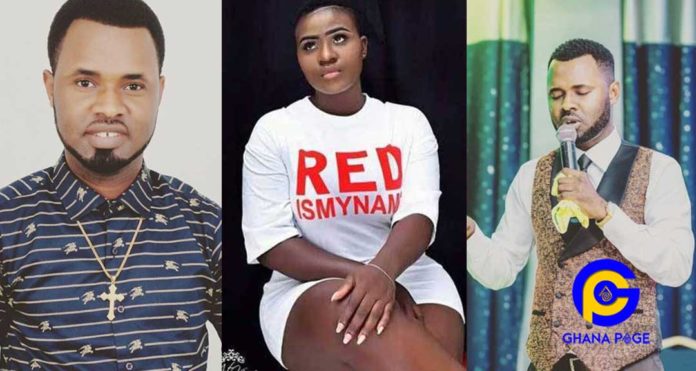 The girlfriend of popular Ghanaian gospel musician, Ernest Opoku has revealed that the musician is gradually going mad and it’s beginning to freak her out so she needs help urgently.

According to the lady, Mary Waddle, Ernest Opoku’s behavior has changed for some time now; he sometimes tries to step out naked and murmur a lot of senseless words.

She revealed further that Ernest Opoku a few days ago refused to get out of his car. According to him, he wants to sleep in the sky. It took the intervention of some police officers to get him out of his car into their house.

Mary begged Nayas, the controversial ex-girlfriend of Ernest Opoku to give her Ernest Opoku’s mother’s number or the number of Kwamena Idan of Adom FM/TV because she really needs help.

According to Mary in an audio conversation obtained by Ghana Page, she believes all the past deeds of Ernest Opoku is finally catching with him and that is what is driving him mad.

The young lady went on to beg Nayas to forgive Ernest Opoku everything he has done to her because Ernest is going mad and she can’t handle it alone.

The conversation was recorded when Mary Waddle called Nayas to plead with her to forgive Ernest Opoku.

Listen to Mary Waddle and Nayas Below

In the same conversation, Mary confessed to Nayas that she has committed several abortions for Ernest Opoku and despite all that, he curses her all the time and even called the police on her recently when they fought.

Mary, currently 21 years is the same lady who attempted to commit suicide a couple of years ago when her boyfriend, Criss Waddle the Ghanaian Hiplife artist dumped her.