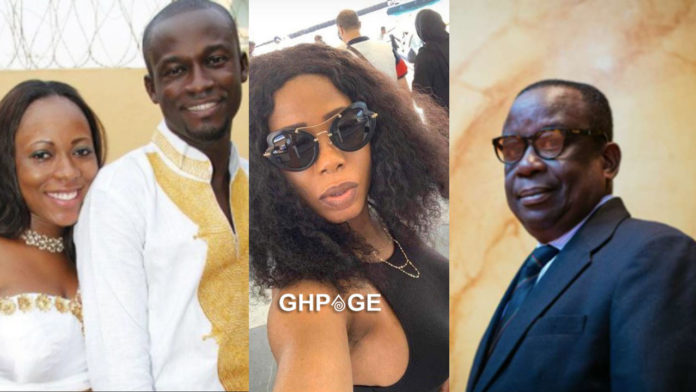 The news went rife this morning that the wife of Eugene Arhin who is the Director of Communications at the Presidency identified as Mrs Gloria Assan Arhin with whom he has three children has filed for divorce.

According to the suit filed at the High Court, Mrs Arhin cited that her husband has a lot of mistresses with some even having kids for him.

The wife of Eugene Arhin mentioned one name Chantel Kudjawu as one of the ladies that her husband has been sleeping with and this has got our attention.

In paragraph 14 section A of the petition, Mrs Arhin named Chantel Kudjawu as one of the women whom her husband has been engaging in extramarital affairs with.

See the section below:

The said lady Chantel Kudjawu is the same lady who made news some months ago after she almost made the National Security Minister Kan Dapaah almost strip naked during a video call.

If this allegation from Mrs Arhin is true then it means Eugene Arhin and Mr. Ken Dapaah have been banging the same lady.

Look like the said Chantel Kudjawu is an assert in their party….lol