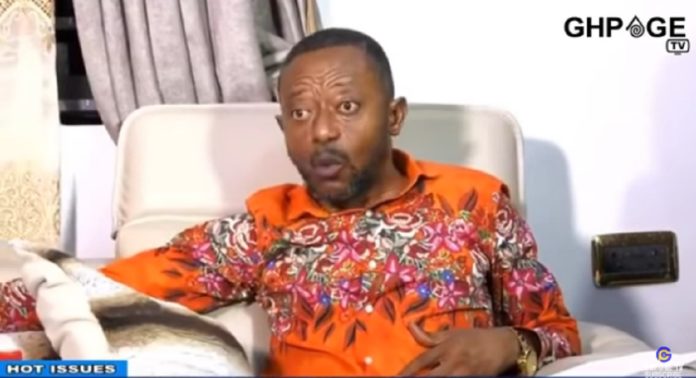 It seems the ongoing ‘beef’ between Rev Isaac Owusu Bempah and Evangelist Akwasi Awuah is not ending anytime soon.

The founder and leader of Glorious Word Power Ministry International, Rev Isaac Owusu Bempah for some time now has been throwing shots at Evangelist Akwasi Awuah for branding him as a fake man of God due to the failure of his marriages.

Rev Owusu Bempah who wasn’t pleased with the statement by Evangelist Akwasi Awuah described him as a womanizer, adding that he has abused his wife on countless occasions.

Owusu Bempah further accused the Evangelist of being a hypocrite and also tagged him as a fake man of God.

In a fresh shot, Rev Owusu Bempah claimed that Akwasi Awuah is impotent who has not been able to impregnate his wife after 17 years of marriage.

He also stated that Evangelist Akwasi Awuah should prove to the world that indeed he is an ordained man of God by impregnating his wife.

Rev Owusu Bempah further rained curses on his critics; he stated that to prove he is a man of God, anyone who speaks against him will die a painful death.

This issue started after Evangelist Akwasi Awuah claimed that all prophets in Ghana are working with evil forces.

This statement infuriated Rev Owusu Bempah who has taken it upon himself to reveal deep secrets about the Evangelist.