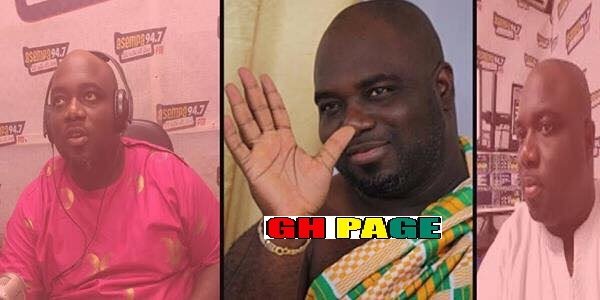 According to popular Facebook Evangelist, Emmanuel Addai the late Multimedia presenter, Kwadwo Asare Baffuor Acheampong popularly known as KABA was a member of the secret occult group, Illuminati and he was killed as a sacrifice by the occult group

According to the Evangelist, KABA was part of the group which was in control of the flow of information. They controlled what they want the public to know and KABA was an active member of that.

Explaining his point, he cited the death of the late president of Ghana, John Evans Atta Mills, late Major Adams Mahama as all members of the group who were sacrificed at one point. He laid emphasis on the fact they were all the only child of their parents.

SEE THIS: Facebook Evangelist Claims Nana Ama Mcbrown Is An Occult And He Has A Prove(Video)

DON’T MISS THIS: Video: Meet The Prophet Who Prophesied KABA’s Death 3 Weeks Before He Died