Ex-husband of Afia Schwarzenegger files for submission of no case 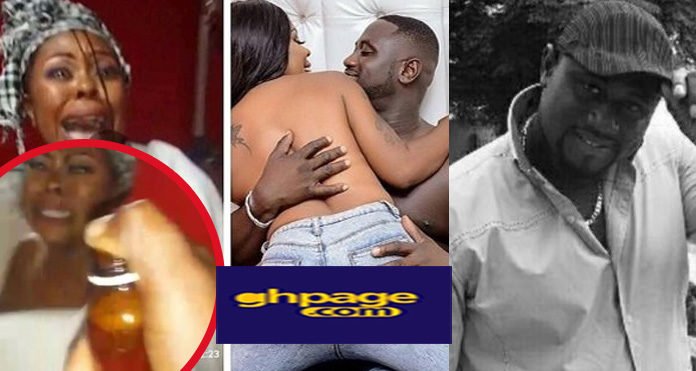 The Accra circuit court has set aside Monday, October 8 to pass its ruling on a submission of no case filed on behalf of Lawrence Abrokwah, the former husband of Valentina Nana Agyeiwa aka Afia Schwarzenegger, a television host, and a comedienne.

The court has so far advised the Defence council led by Mr. Anthony Naamo to file the submission of no case by Tuesday, October 2. This was after the court presided over by Mrs. Abena Oppong Adjin-Doku closed the case of the prosecution.

Also Read: Flashback: When Afia Schwar rained curses with Antoa on anyone who tries to resolve her failed marriage with Abrokwah

At the last sitting of the court, it informed the Prosecution that it would close the case if they failed to produce their last witness in the matter in court.

When sitting resumed on Monday, September 17, Prosecution and the complainant were not in court. Therefore the defense counsel prayed that the court to allow him to secure the necessary court proceedings in order to file a submission of no case.

According to Mr. Naamo, in the submission of no case, he would state clearly the reasons why his client(Abrokwa) should not be called to answer the matter before the court.

Abrokwah has been hauled on charges of stealing, carrying an offensive weapon and causing damage by the controversial television personality.

He has so far pleaded not guilty to all the charges leveled against him and admitted to bail in the sum of ¢20,000.00 with two sureties.

Prosecuting Chief Inspector Maxwell Oppong narrated that Abrokwah was living with Afia Schwarzenegger in her Dome Pillar two house in Accra but decided to pack-out following recurrent disagreements between the two.

Chief Inspector Oppong said, Abrokwah, on August 30, last year, was tipped by the housemaid that Afia had brought in a male visitor who spends the night with her.

The prosecution said Abrokwah on hearing the news of another man then went to the house and managed to enter by scaling the wall.

He then deflated the tires of the car belonging to Afia’s male visitor and entered the room through the back door with the help of the housemaid.

Chief Inspector Oppong told the court that Mr. Lawrence Abrokwa was allegedly wielding a knife and a bottle of acid with which he threatened Afia Schwarzenegger and the man she was reportedly sleeping with.

He said the accused entered the room with his phone camera on and forced Afia to strip naked and kneel top confess that she was a prostitute.

The prosecution said Abrokwah then recorded the nakedness of Afia, which he later went viral on social media.