Expose me if I’ve slept with you – Brother Sammy speaks 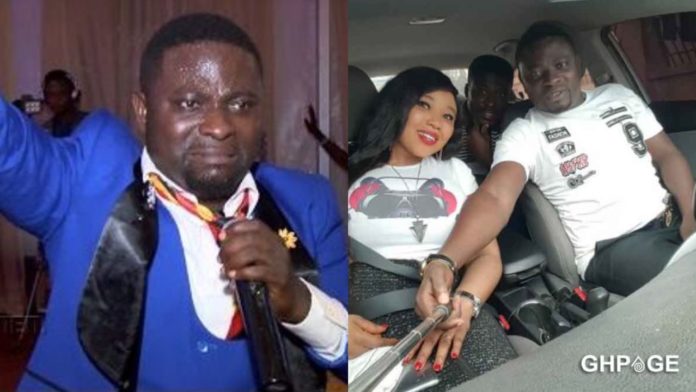 Brother Sammy and his wife Mrs Perpetual Opoku have been trending in the news for some time now after the singer’s revelation and outburst on UTV some weeks ago.

Well, it appears the two have finally settled the matter which was trying to destroy their enviable marriage.

Because during an interview with Kofi TV last week, Mrs Perpetual Opoku confirmed that she has forgiven Brother Sammy for disgracing her on live TV.

She further added that she was brainwashed by her husband’s fake friends into believing that he was a serial cheat because she was mostly out of the country.

However, after the public reconciliation, some slay queens are making noise on the internet that Brother Sammy has slept with them.

It is at the back of these fueling and fast trending rumours that have forced Brother Sammy to reveal their faces and expose him with their chests.

Speaking in an interview with Zion Felix, Brother Sammy boldly stated that he has never cheated on his wife in the 11 years that they have been together.

In his own words, he’s ever ready for any slayqueen who will openly lie on his head that something romantic has gone on between.

We hope that these threats from Brother Saamy wouldn’t lead to a scandal because he might also be lying and has cheated on his wife once or twice before.