‘I won’t go down alone, will expose some politicians’ – NAM 1 threatens cohorts 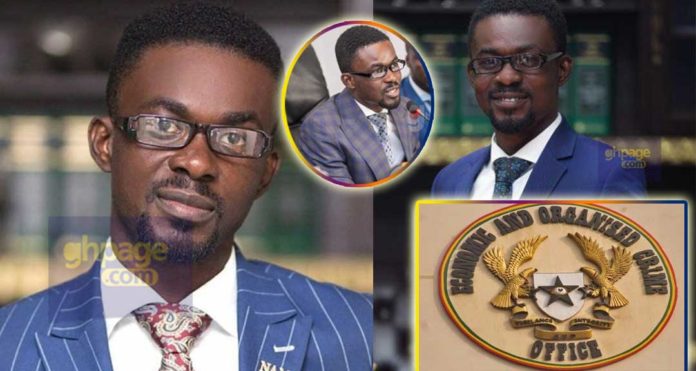 Despite the many conflicting reports circulating in the media about the arrest of beleaguered Menzgold boss Nana Appiah Mensah popularly called NAM1, the wanted businessman seems to be unperturbed about his supposed arrest as many purports.

After some reporters and known personalities alleged that the gold dealer after absconding from Ghana to find solace somewhere of which some believe his hideout is in Dubai and Nigeria, no one has officially from the camp of Menzgold or sister firm Zylofon Media has come out to confirm the whereabouts of the wanted man.

After going totally silent for all these while since the eruption of repayment demands made by customers who had deposited their monies in the gold trading investment company, Nana Appiah Mensah has unveiled himself with a tweet on his official twitter page.

Shockingly, the message he laid across wasn’t something you would expect as a response to the whole Menzgold saga.

Sounding unwavering, NAM1 stated that he is however, unafraid of an arrest should it come his way but assured Ghanaians and his followers that all those involved in his alleged scam or fraudulent activities will be brought to book hence he will not go down alone.

Pouncing hard, he mentioned groups of peoples including politicians.

This perhaps gives a hint of why he has not been arrested in spite of the accusations leveled against him and it also confirms reports that the embattled CEO has strong backing from people at top positions in government.

In his tweet, he threatened to expose the politicians because he thinks he has been betrayed.

“I am not afraid of an arrest but I won’t go down alone, it’s time some politicians are exposed. Biting the same hands that fed them.” Nana Appiah Mensah tweeted.

Thinking of betrayal, who must have been the mole or the Judas of his life? We live to see how the story unfolds.