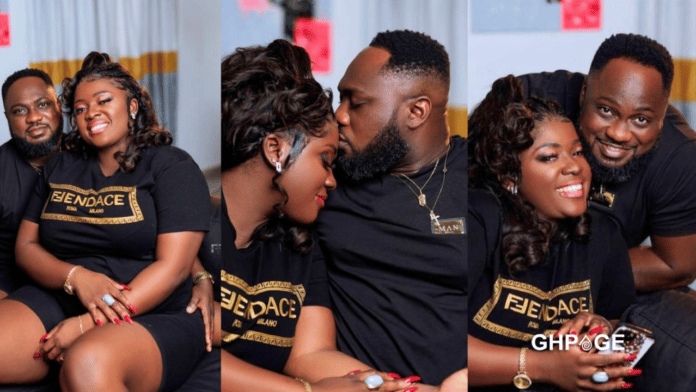 Tracey Boakye has noted that she’s about to paint Kumasi red and the whole of Ghana is about to witness a historic wedding.

The actress hosted her bridal shower yesterday in Kumasi ahead of her anticipated wedding which is expected to shake the whole of Ghana.

Before these nice pictures landed on the internet, Tracey gave a hint of who Mr. Right is with the official hashtag for the wedding, ”Francey 2022”. The tag gave fans an idea that her husband’s name starts from ‘Fran’ but they could not tell if it was Francis or Frank.

According to information scattered online, Tracey Boakye’s prince charming is a former Ghanaian actor who lives between Bremen/Hannover in Germany currently.

According to sources, Tracey Bokaye’s husband answers the name Frank Badu Ntiamoah and he’s brother to a popular movie producer in Germany known as Pepe.

Check out the photos below to know more…