Facebook Mallam, Na Tia who was scammed by a Ghanaian lady he tried to scam tells his side of the story 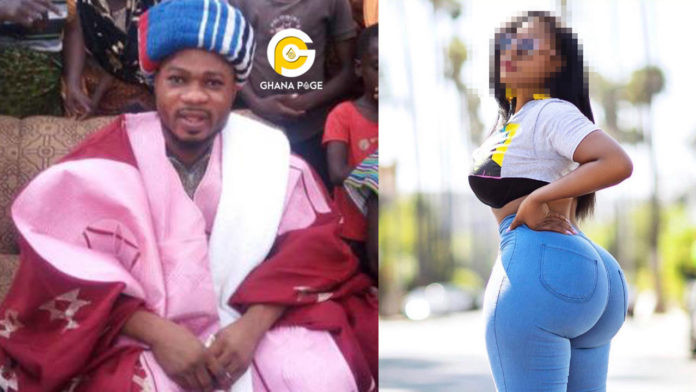 Yesterday, the story of popular Facebook Mallam Na Tia who has been scammed by a scammer he tried to scam went viral.

According to the story, Na Tia contacted the lady, Esi Akyere Ntiamoah and told her he could give her $1000 if he sends $100 to her. It’s the popular double money he deals in.

Naa Tia who thought he has caught a mugu sent the money to her to catch a big fish. Things turned around quickly when Esi after receiving the money told Naa Tia she is no me interested in the deal.

SEE ALSO: Sakawa man from Ejisu, Prince Osei who uses madman to get his money tells his story (Audio)

The Mallam’s whose photo is mostly used by these scammers has finally spoken in an interview with Tamale based radio station.

According to the renowned chief from the Northern Region, he is not behind the numerous fake Mallams who are using his images to defraud people on social media.

He warned everyone to block any such person who comes in his name to request for money to do some miracle.

Well, now you know. The real powerful Na Tia will never ask you for money on social media and he is not behind the numerous fake accounts