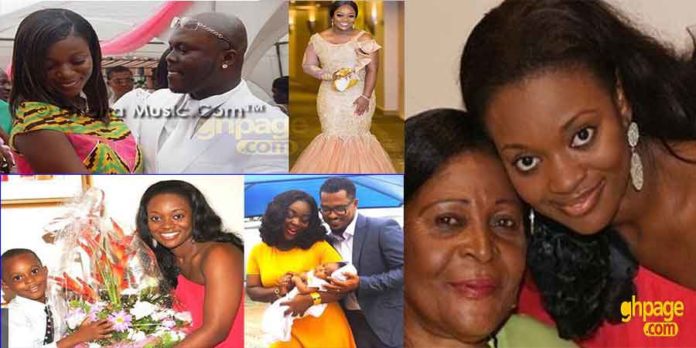 Jackie Appiah is a multiple award-winning Ghanaian actress and a mother of one.

Talented award-winning and ever beautiful actress, Jackie Agyemang Appiah is a Canadian born Ghanaian actress who was born in Toronto on 5th December 1983.

READ ALSO: Jackie Appiah spends quality time with her son as she shows her fleet of cars

Jackie Appiah is the last of five children and the daughter to Kwabena Appiah (younger brother of the famous layer in Kumasi, Joe Appiah) who currently resides in Toronto, Canada, and Janet Owusu.

She made her first public appearance on Tv when she starred in Edward Seddoh Junior’s “Things We Do For Love” where she played the role of Enyonam Blagogee.

READ ALSO:12 photos of Jackie Appiah’s son Damien which would make you love him instantly

Jackie has a lot of movies and Tv series to her credit which includes Divine Love, The Power of a Woman, Beyonce-The President’s Daughter, The Return of Beyonce, Death after Birth, Deadly Assignment, Blind Lust, Black Soul, Royal Kidnap, Princess Tyra among others.

She has also gained massive recognition in Nigeria by acting alongside Nigeria’s famous actors, Ramsey Noah in Bitter Blessing and Emeka Ike in My Last Wedding.

Jackie was the face of Ghana Social Marketing Foundation (GSMF) on protection against HIV/AIDS. She has done Tv commercials for U.B hair relaxer and currently the face of IPMC.

Jackie Appiah got married to Peter Agyemang in 2005 but later divorced after three years of marriage. They have a son known as Damien Agyemang.

Her uncomfortable moment on screen

READ ALSO: A Video Of Actress Jackie Appiah Without ‘Wig’ Pops Up On Social Media – She Looks Cute [Watch]

Before venturing into acting, Jackie was a runner-up at the Talent Teens Competition. She hopes to study Entertainment Law or Media law.