Some facts you probably didn’t know about actress Yvonne Nelson 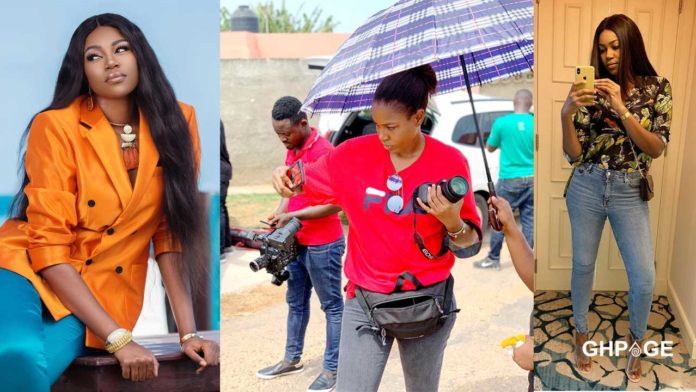 When any random Ghanaian is called out and asked to mention or list 5 female actreses in the movie industry, he or she is surely going to mention the name of long-legs Ghanaian actress Yvonne Nelson.

Yvonne Nelson who was born in November 1985 turned 34 years, as she was celebrated by colleagues and friends on social media on her birthday some days ago.

Well, being 34, one might not expect the actress at this age would achieve a lot.

We bring to you five achievements of Yvonne Nelson

1. Yvonne Nelson is the CEO of YN Productions

After becoming popular in the movie industry, Yvonne Nelson went into movie production by establishing her own production named YN Productions. ‘Area Code’, ‘Heels and Sneakers’, ‘Fix Us’ and a host of other movies are movies produced by her production firm.

2. Yvonne Nelson is the CEO of RYN kids clothing

Yvonne Nelson is also the CEO of RYNbyYN which is a clothing brand for children, established after her daughter Ryn.

In 2008, Yvonne Nelson has adjudged the ‘Best Upcoming Actress’ at the 4th African Movie Academy Awards.

In the consequent years that followed, Yvonne Nelson won Ghanan Movie Awards in 2010, City People Awards and other awards in Nigeria.

4. Yvonne Nelson has a daughter

Even though Yvonne Nelson is not married, she has given birth to a daughter named Ryn Roberts which she is taking very good care of.

Yvonne Nelson in 2017 got pregnant for a British photographer named Robert, but unfortunately, they are no more dating.

Establishing a company in the legacy of her 2-year-old daughter is such an achievement worth celebrating.

5. Yvonne Nelson has a foundation

In 2010, Yvonne Nelson established a Glaucoma Foundation which she uses to create awareness about chronic diseases that are killing people on a daily basis.

She was honored by GoWoman Magazine and Printex for the success of her Glaucoma Foundation and her film career.