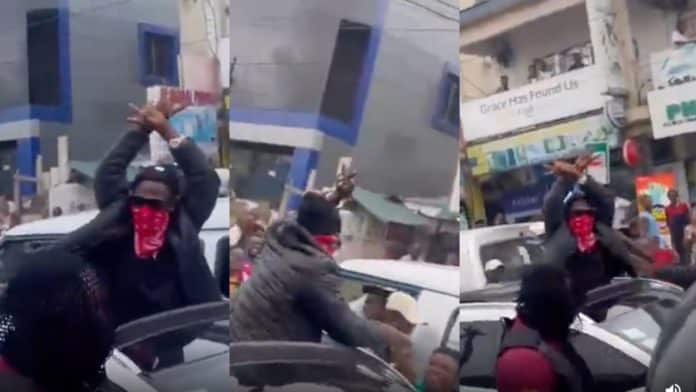 A man who shares similar physical features with Ghanaian musician Shatta Wale used the privilege to cause huge traffic on a street.

The unsuspecting public mistook him for the real Shatta Wale and trooped to watch him.

They unknowingly hailed him as many rushed to have a glimpse of Shatta Wale.

Enjoying the moment, the gentleman also raised his hands, popped his head out of the car and responded with gestures similar to Shatta Wale.

At least, he was able to pull a crowd with minimal effort.

The advent of some look-alikes of celebrities capitalizing on their shared looks to their benefit has become a norm.

The likes of KiDi, Kuami Eugene, and King Promise have got doppelgangers who do perform at shows under the guise of the original artists.