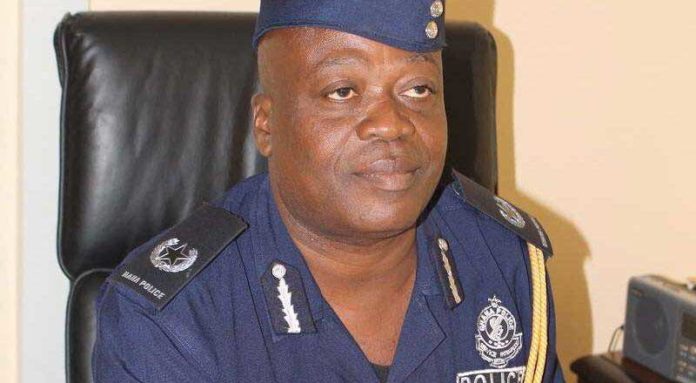 Director-General of Public Affairs of the Ghana Police Service, ACP David Senanu Eklu has schooled celebrities who use the phrase “I will arrest you” to threaten and bully journalist especially bloggers when they publish articles they claim are false.

Speaking to Andy Dosty, host of Day Break Hitz on Accra based Hitz FM, ACP David Senanu Eklu explained that, with the repeal of the Criminal Libel Law in 2001, you can’t use the police to arrest a journalist or a publisher for a publication made, that will be bullying.

SEE ALSO: Lilwin and Abeiku Santana had no right to arrest and humiliate the blogger – Police PRO condemns the shameful arrest of Ohemaa Candace [Video]

The only time the police can go in and arrest a publisher is when the item published creates fear and panic in the country not at the whim and caprices of any popular person.

Director-General of Public Affairs explained further that, two options are there to deal with publishers who defame others with a publication and they can use any of them to seek redress.

According to the constitution and explained by ACP David Senanu Eklu, one means you can use to seek redress with a false publication is to sue the publisher in a competent law court.

Secondly, an aggrieved individual can also report a journalist/blogger/publisher who has defamed him/her with a publication to the National Media Commission for redress.

Ohemaa Candace was arrested by Kumawood comedian, Kwadwo Nknsah Lilwin and Abeikua Santana for publishing an article on her website GhSplash.com that, “Kwadwo Nkansah has knocked someone down with his car”.

However, she added that Kwadwo Nkansah denied these accusations and explained that Lilwin claimed the person just jumped on his car and accused him of knocking him

In a full Rambo and emperor Kingship style, Abeiku Santana who distorted his interview with Joselyn Dumas a few weeks ago to promote his talk show led the schemed and Lilwin who recently defamed former cocoa boss, Dr. Opuni on live TV arrested Candace

In the full glare of UTV cameras, Abeiku Santana accused, judged and condemned Candace for publishing fake news and even discredited her website on a National television (As if they are credible).

She was made to sleep behind bars at the Tesano Police station. The same police station built and furnished by Dr. Osei Kwame Despite, Abeiku Santana’s boss.