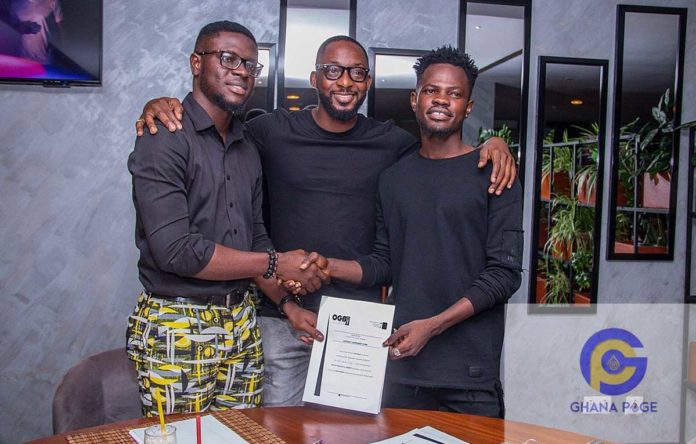 Musician and artiste manager Ogidi Brown and his artiste Fameye has for some weeks now been in the news after Fameye burst out at his team members doing his European tour.

After the video went viral, Fameye came out and explained what actually happened but his manager Ogidi Brown, on the other hand, revealed that the musician has now become arrogant after enjoying a little.

Well, Ogidi Brown has granted another interview and revealed that the Nothing I get is now calling for the termination of the contract they signed.

According to Ogidi Brown, the artiste is of the view that there are some provisions in his contract which does not go down well with him hence his decision to terminate the contract.

He went on to say that even though the termination has not been finalized, Fameye has already changed his Instagram handle and has now updated his contact with a friends number who looks for gigs for him.

Ogidi Brown mentioned that Fameye has become arrogant since “Nothing I Get” became a nationwide hitsong and sometimes, he regrets that he invested such huge monies into the artiste.

One of the most popular Snapchat Queens in Ghana, Hajia Pvssy aka Queen of Dicks has died, Ghpage.com reports.
Read more