Fameye should look for elders to advise him – Ogidi Brown 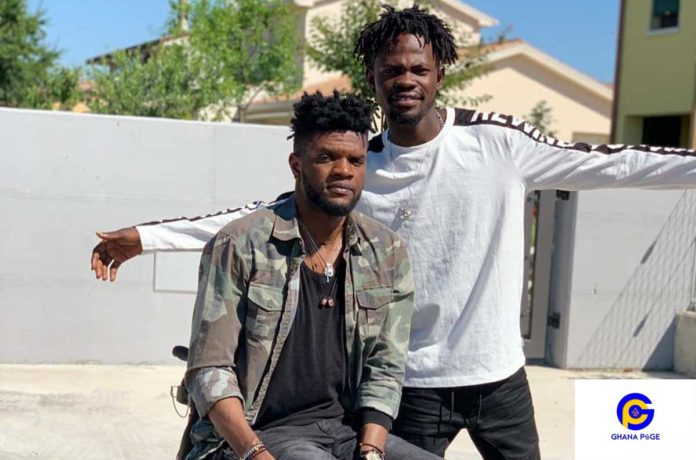 Boss of OGB music Ogidi Brown has called on people especially the elderly to advise his signee Fameye before things get out of hand between the artiste and his management team.

Ogidi Brown and the “Nothing I get” hitmaker have been in the news for some weeks now after the two had issues during Fameye’s European tour.

In a recent interview, manager Ogidi Brown has revealed that Fameye after getting a little fame now thinks he has grown wings and has started misbehaving and has even asked that their contract be terminated because he is not okay with some of the conditions.

Well, Ogidi who is a musician himself continued and said elders who are close to the Fameye should call him and advice him because when he also decides to go haywire on him he(Fameye) cannot stand his wrath.

He ended by saying that Fameye has started doing things behind the management and he is asking people to stop doing business with the artiste because per the contract he is signed unto the OGB label.

Ogidi Brown threatened to take legal action against Fameye if he fails to reason up and do the needful.

Ayisha vs Afia saga: ‘Don’t bite the hands that once fed you’ – Rev. Obofour’s wife speaks