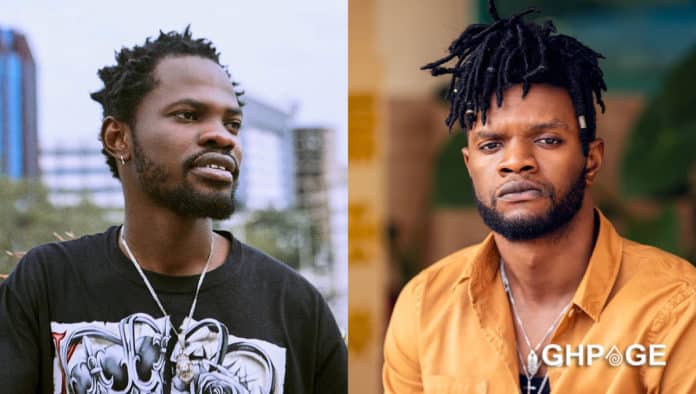 Hiplife artiste Fameye has announced the official termination of his contract with his manager and CEO of OGB Music, Ogidi Brown.

This comes almost two years after a rift between both parties became public and dominated headlines for a number of months.

In a statement dated July 19, Fameye -whose real name is Peter Famiyeh Bozah – expressed his ‘heartfelt appreciation’ to Ogidi Brown and the entire management of OGB Music.

The ‘Nothing I Get’ hitmaker indicated that the separation was finalised after consultations and agreement between him and OGB Music.

“It is with pleasure that I announce that I have parted ways with OGB Music and management. This separation came about after consultations and agreement between OGB Music and me.

“We have mutually agreed to part ways going forward but with continuous support for each other,” the statement by Fameye said.

“The past years with OGB have been delightful, beneficial and I am glad we still hold our relationship regardless of our decision to part ways.”

Fameye and Ogidi Browns label, OGB Music, penned a 5-year record label deal in 2018. The deal worth USD 50,000 was to cover management and all music-related expenditures to be incurred during the period.

But the deal came crashing down last year after Ogidi Brown accused Fameye of scamming him and not accounting for some shows he performed outside Ghana.

Fameye is even reported to have slapped Ogidi Brown during one of their heated arguments.

Their back-and-forth went to the extent that Ogidi Brown took Fameye to Antoa – a famous shrine in the Ashanti Region – to curse him.