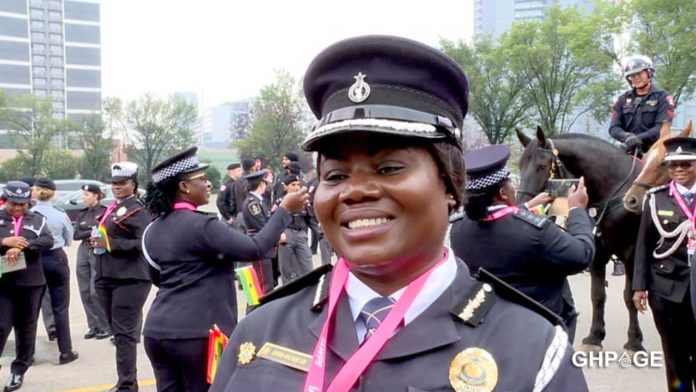 Angry family members of the 3 missing Takoradi girls have threatened to invoke curses on the CID boss Maame Yaa Tiwaa Addo-Danquah and the Ghana Police Service for deceiving them.

The missing Takoradi girls have been a topic of discussion on various platforms with people wondering if whether the Ghana Police was really working on to matter to reunite the girls with their families.

Some weeks ago, the police released a statement to say they had recovered some skeleton from the house of a suspected identified as Samuel Udoetuk-Wills who is a Nigerian but can’t confirm if it’s indeed the bodies of the missing girls and as such would have to conduct a forensic test on the bodies first.

Well, yesterday it was reported that the forensic results are in and the results proved that the skeletons found at the suspect’s residence are that of the missing girls which sparked uproar on social media.

Families after hearing the results rained insults on the CID boss Madam Tiwaa for deceiving them when she came out during a press conference to say her outfit knew the whereabouts of the three missing girls.

Whiles some members believe that the news is just a way to bring the unsolved issue to an end because they believe the police can’t do anything to help to get the missing girls. Others were also threatened to curse the whole Ghana Police with the deadly Antoa river.

One visible angry family member revealed that CID boss Madam Tiwaa called her mum and told her that the kidnappers are demanding a huge ransom but can’t understand why they are saying her sister is dead.