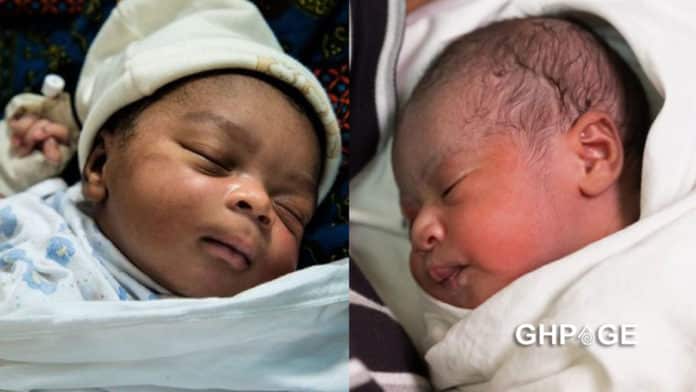 The babies, according to the Assemblymember of the area, Mr Thomas Yaw, were doing well and in healthy condition, GNA reports.

He is reported to have said the babies had become a side attraction to many well-wishers, who were visiting the camp to calm the nerves of the dwellers.

READ ALSO: We don’t have places to have sex with our husbands – Apiatse explosion women cry out

According to Mr. Yaw, “Ekua Appiatse, is the first child to be born here and there are equally expectant mothers that we are looking forward for them to put to bed in safety.”

Meanwhile, Janet Amartey, a mother to a two-month-old baby said life at the camp could be more meaningful if more spacious rooms were available.

The Appiatse disaster claimed about 13 lives and left hundreds with various degrees of injuries as well as displaced dozens of families.

The Maxam company, which manufactured the explosives, had since been shut down and
slapped with a six- million dollar fine by the government