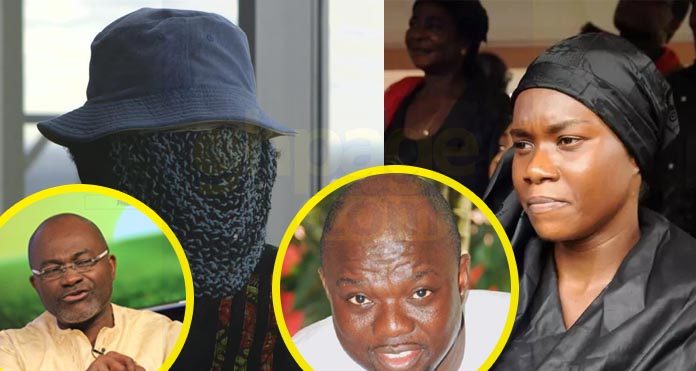 Kennedy Agyapong who is bent on bringing Anas down made another mind-shattering allegation against Anas dragging him into the murder of the late parliamentarian.

The Assin Central MP who is craving for the arrest of Anas stated yesterday that he suspects the investigative journalist had a hand in the murder of J.B. Danquah-Adu.

The family of the murdered MP J.B. Danquah say they believe controversial undercover journalist Anas Aremeyaw Anas and the widower of the late politician Ivy Heward-Mills has been having an affair even before the death of JB Danquah.

The spokesman for the family stunningly revealed that Anas travelled to England with Ivy to sell the house of the late politician in London few months after the death claiming the duo were secret lovers while the politician was alive.

This family member seems to confirm everything the MP is alleging against Anas alleging that the family staunchly believes that she had a hand in the late MP’s death.

READ ALSO: CURRENT PHOTOS OF ANAS THAT PROVE THAT INDEED ANAS HAS FINALLY BEEN EXPOSED

He claimed that if Anas thinks the allegations are false he should come out and swear on the gods that he’s not having an affair with Ivy.

Solomon Danquah Adu, who is the nephew of the deceased politician, also revealed that Ivy turned up at the one year anniversary of the late politician with gangs of AK 47 wielding police with Anas in cahoot – arriving at the event amid huge suspicion of the duo’s role in the murder.

It will be recalled that J.B. Danquah-Adu was murdered on February 9, 2016, by some armed people who made their way into his room in his Shiashie residence in Accra. Although Daniel Asiedu, 19, who was immediately arrested in connection with the murder has been on trial from that time.