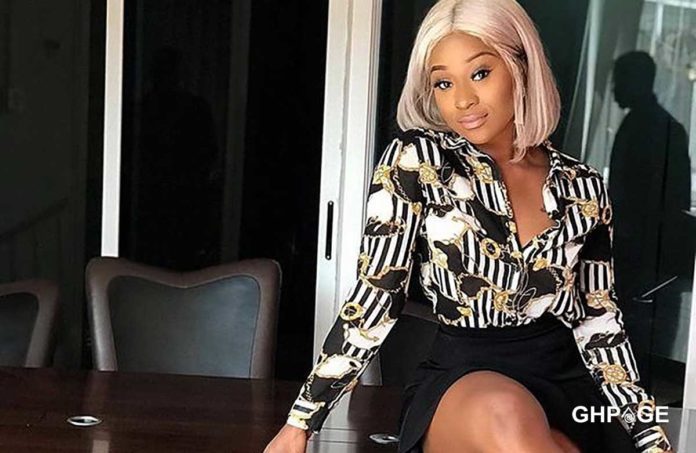 For some time now there have been calls on African’s living in the diaspora to return to Africa or back to their roots since there is nothing for them out there.

The Slay queen who has relocated from the US to Ghana took to her twitter handle to advise blacks about the whites.

Her first post read: “The White man came and told us that polygamy is bad, the same white said we should accept homosexuality.”

This comment from Efia Odo got a lot of people applauding her on social media. But she continued and make another statement.

“Go back to your roots and stop listening to the white man way of life,” her second post reads.

But this comment broke the camel’s back as a fan with the username @boyDebbie threw shots at the Kwese presenter by telling her to stop a lot of things that she copied from the whites first before she advises people to do same.

See his screenshot below; 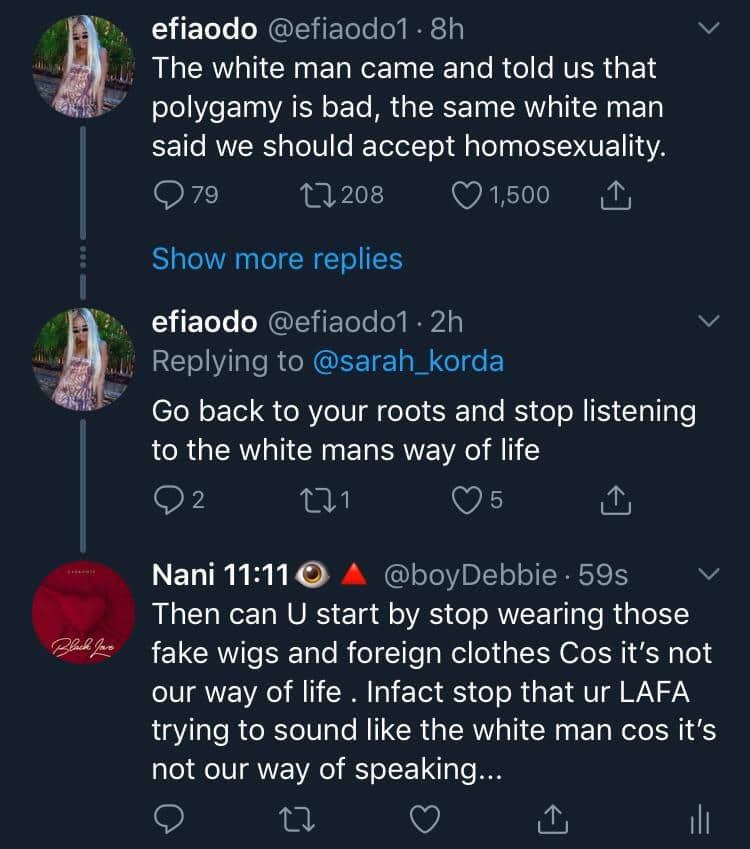