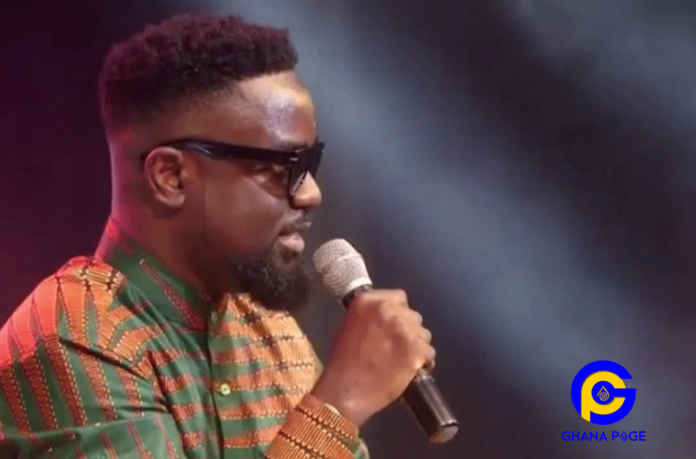 According to the celebrated rapper, his all-time favorite gospel musician is Yaw Sarpong because whatever he talks about in his music brings back life and that is where his energy has been for all this while.

He made this revelation at this year’s International Youth Empowerment Summit at the National Theatre.

As one of the speakers, Sarkodie inspired and taught the youth how to move gradually from grass to grace just like he did.

Sarkodie explained that he used his energy positively and always had to put away anything that will be an impediment to his success.

He admonished the youth to always entertain ‘positive vibes’ and thrash the ‘negative vibes’ because that is the only way one can achieve success.

The “Legend” hitmaker further stated that it is very essential to carry God along on all your endeavors for he alone can make you triumph.

The music icon first appeared on Adom FM’s popular rap competition titled, “Kasahare Level” and started gaining attention from there. It was through some of these rap battles that he met his former manager Duncan Williams of Duncwills Entertainment.

Sarkodie shot to fame after his first single “Baby”, featuring Mugeez of the duo R2Bees, became an instant hit and made Sarkodie a household name within the Ghanaian music industry.