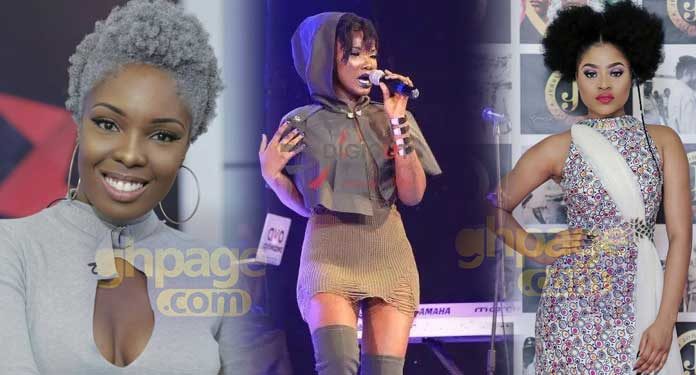 There have been several revelations by female artists in the country on the demand for s*x before they are helped by some leading male industry players.

It would be recalled that the father of the late Ebony Reigns made a stunning revelation just before the VGMA and this got some fans talking.

According to Nana Opoku Kwarteng, the late Ebony was not a happy girl before she met her untimely death stating that Ebony was not happy with her management due to how she was verbally abused by Bullet.

However, these allegations have not been given a serious consideration and therefore the act continuously persists.

Meanwhile, Songstress, Feli Nuna has observed and spoken against sex for favours in the music industry which is killing female talents in the country.

Speaking in an interview with SVTV, the “Gelaway” hitmaker expressed her disappointment and the fact that most female talents have been silenced just because they refused to give in to such demand by the men who offer to help them nurture their talents.

“I’ve faced the challenge before in the past when I was coming up. Although I didn’t give in that’s the major reason why female musicians are unable to compete with the men. Male artistes get free help but the same thing can’t be said about the female acts,” she said.

“We don’t get a lot of airplay and promo as compared to the men,” she added.