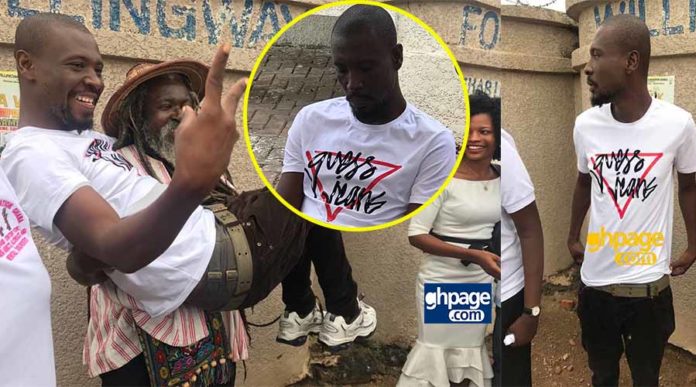 Okomfo Kwaade’s return to the music scene after many years of absence has somehow been halted due to how the current crop of musicians are making waves with hit songs and according to Kwaade, he doesn’t need to feature Lynx entertainment artiste Kuami Eugene or any other artiste to get a hit song.

According to the veteran hiplife artiste, he is a legend and way bigger than the new crops of artiste and therefore, does not see the need to feature them but the younger generation to rather come to him for collaborations.

Kwadee made this statement whiles been interviewed with Showbiz said “I know Ghanaians will say the likes of Kuami Eugene, King Promise, KiDi and Kwesi Arthur are the ones trending but I don’t see myself doing any collaboration with them. Rather they should come to me”.

Also Read: I am more popular than Stonebwoy, Shatta Wale and Sarkodie – Kwadee

He went on to state that, “Kwadee has paid his dues in the music industry and anyone who knows music can tell that I don’t need hype from anyone to do good songs. Chiefs and prominent people listen to my music, hence the reason why everyone loves Kwadee’s music”

Talking about his style, he stated that people have asked him to change his style to suit the current industry but he has always maintained that he wants to remain original.

“I have had people telling me to change my style but that is not going to happen because I am unique. Other artistes have tried to copy my style because I made a great impact with my music. I don’t follow trends and that is why I have massive support”.