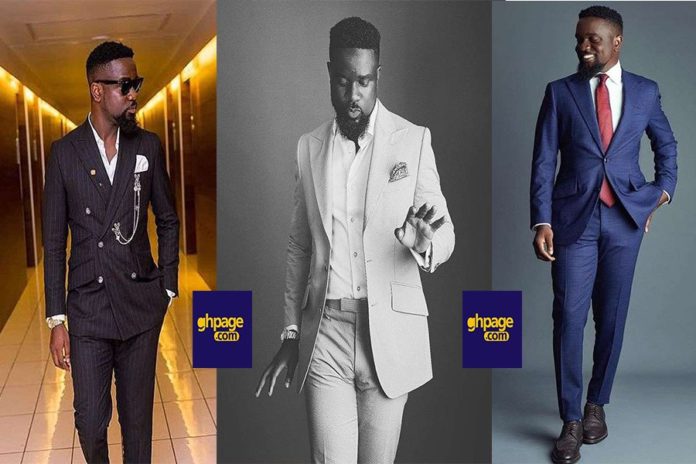 He had a lot of good wishes from colleagues, celebrities, and most importantly, from his numerous fans across the world for hustling his way through to raise the flag Ghanaian music higher.

Aside from the wishes, there were controversies about his age. Some Social Media users mock Sarkodie for using a football age after he turned 30.

However, after the birthday and other kinds of stuff, Sarkodie the most decorated Artist of Ghana took to his twitter handle to thank all of those who have made his birthday a wonderful one.

Later in the day, we spotted a new tweet from the Ghanaian rapper ‘Sarkodie, and he tweets, “I just feel like saying “4get Everybody”.

Interestingly, most fans got furious about his tweet as more were attributing it to Medikal’s “4get everybody” whiles others were trying to know the brain behind his post.

Many followers of Sarkodie who have seen the tweet have given interesting reactions since he tweets.

@_Kinggrimm We want @sarkodie that’s all… If you want that, listen.. No one is stopping you either.

@_NanaBenyin What you want to say is “fuck this country and its leaders.” Touché, Obidi. Touché.

Weeks after we all thought the beef between Funny Face and his other colleagues has ended, Lil Win has thrown another shot.
Read more
Entertainment

Actor turned politician John Dumelo who is also aspiring to be voted in parliament as an MP for Ayawaso West constituency has...
Read more
Entertainment

Charlotte Osei lands a new job as a TV presenter

The former chairperson of the Electoral commission Mrs. Charlotte Osei has landed a job as a presenter on EIB networks GHOne TV.
Read more
Lifestyle

The founder and leader of International God's Way Church(IGWC) Angel Daniel Bishop Obinim has revealed he saved some people from the deadly...
Read more
Entertainment

Gospel singer Ohemaa Mercy according to reports going around is currently stuck in Nigeria months after her Tehillah Concert in the country.
Read more