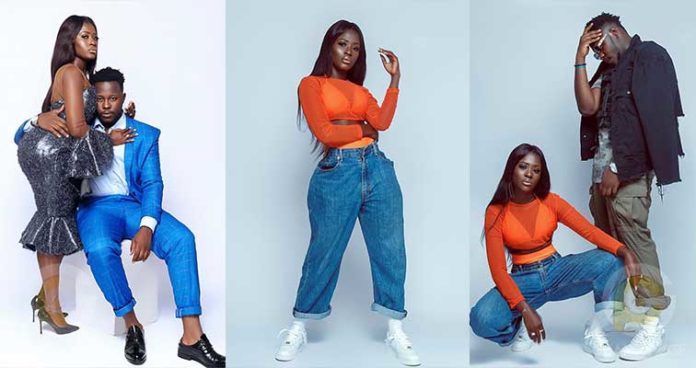 A story in the Daily Guide newspaper, on the 15th February 2019, has caught the attention of many news readers.

The headline of the story reads ‘Fella Makafui in robbery allegation’ and that is the obvious reason why it has drag attention of many.

Somewhere in December last year, ahead of the movie ‘Kakalika love‘ premiere at the National Theater in Accra, some alleged robbers invaded into the movie producer’s home at Ablekuma, a suburb of Accra, and took away five of his hard drives.

However, the producer of the movie, Samuel Degraft Yeboah is claiming actress Fella Makafui is behind the unknown persons who attacked his home.

According to the story, the thieves also smashed his two television sets before making away with a camera, laptops and then the hard drive which contains new movie projects worth thousands of Ghana cedis he said. 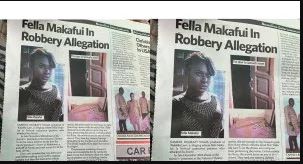 Speaking in an interview with NEWS-ONE on Wednesday, Samuel suspects Fella knows something about the robbery incident.

Explaining the bases of his allegation, he revealed that Fella who is also in the movie kicked against the movie’s premiere.

The producer said Fella didn’t like the idea that the movie is titled ‘Kakalika Love‘ just as Deborah Vanessa’s hit single which focuses on her contentious relationship with rapper Medikal.

Read Also: Actress beaten by boyfriend for kissing another man in a movie

He said: “When we went out to promote the movie, she sent people to my house to pick five of my drives with the mind that ‘Kakalika Love’ is on the drives, so to stop me from premiering the movie.

Unfortunately for them, the movie is not on any of those drives. They took my camera, laptops belonging to my workers and decoders. The drives contain films that I have shot.”

He added that though the premiere ceremony came on successfully, he needs his hard drives back because there are other movie projects on it, including a series which is supposed to be on TV by now.

Mr. Samuel Degraft Yeboah further disclosed that the case has been reported to the police headquarters in Accra and the police are currently looking for Fella.

He narrates that he first reported the case to the Ghana Police Service (GPS) and several attempts to get Fella for questioning proved futile, as she failed to honor invitations by the GPS but now the case has been moved to the police headquarters.

Efforts to get a response from Fella Makafui proved futile, as she didn’t pick her call when contacted on Thursday.