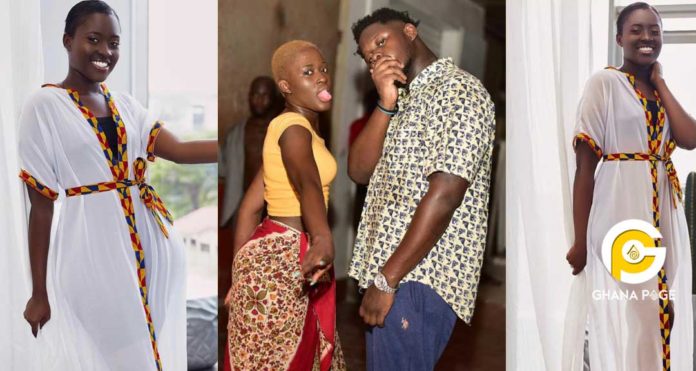 Fella Makafui has sparked pregnancy rumors on social media with her new post. If her caption to her latest post on Instagram is anything to go by, then some of us can confidently say little Medikal is growing in Fella Makafui.

We all know Fella Makafui is an Instagram girl. She shares beautiful photos on her social media which obviously garners a lot of reaction from her fans.

SEE ALSO: Forget ‘Fella Makafui’; This is the real name of Fella Makafui as revealed by SHS mates [Photos]

However, her fans strongly believe she is pregnant and has questioned her on it but Fella Makafui, as usual, responded with love emojis without really answering the pregnancy questions.

Sharing a beautiful photo of herself in white apparel, Fella Makafui captioned: “There is no better feeling than the movement of life inside of you…?”

Well, we all know pregnancy is not something you can hide forever. No matter how hard you hide, it will always come.

Already Medikal has told us in’Ayekoo” that “in few months time he is expecting it” so let us all wait and see…wink.