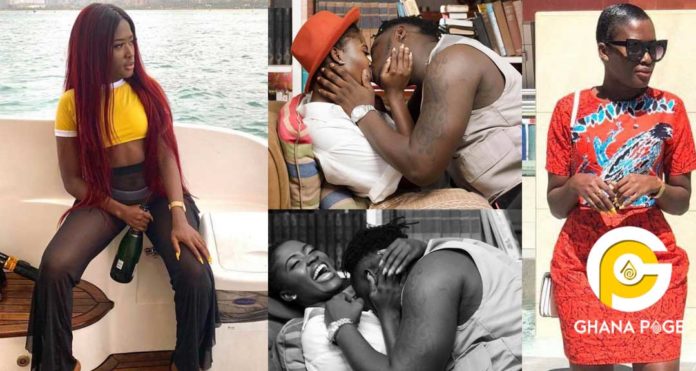 It’s been revealed by Instagram user @Itellmymind that contrary to the beliefs by many people that the YOLO star Serwaa’s real name is Fella Makafui, she was actually not named that and was in fact not even known by that name during her days at her SHS.

According to reports, Fella is the name of her stepfather who happens to be her younger sister, Fendy’s real dad’s name.

An old school mate of Medikal’s girlfriend who goes by the username @sandys_hairhub_gh_ on Instagram too threw more light on the matter.

According to the young lady, Fella Makafui was named Precious Asiamah after her father and she used that name throughout her school days at Kabore school Complex at Ho then later at Kpando Senior High.

The lady wrote: “Asiamah Precious is her real name. It was the name she used throughout her school back at Kabore school Complex at Ho then to Kpando Senior High.”

Fella Makafui has given a hint the statements could all be through. On 1st May she shared a post on her Instagram page and referred to herself as “Precious Akosua”.

What is not clear is why will Fella Makafui change her name entirely considering the fact that her father is still alive? Could it be family troubles or she considers Fendy Fella’s dad as more responsible? Ony Fella Makafui can answer these questions and we will ask her when we meet.

Share
Facebook
Twitter
WhatsApp
Previous articleCecilia Marfo asked me to put my manhood in her hands for prayers – Former Cook
Next articleRev Obofour, Obinim’s time is up, I command collapse of their church in JN-Papa Shee