Video: I had my first child at age 15 – Vivian Jill Lawrence 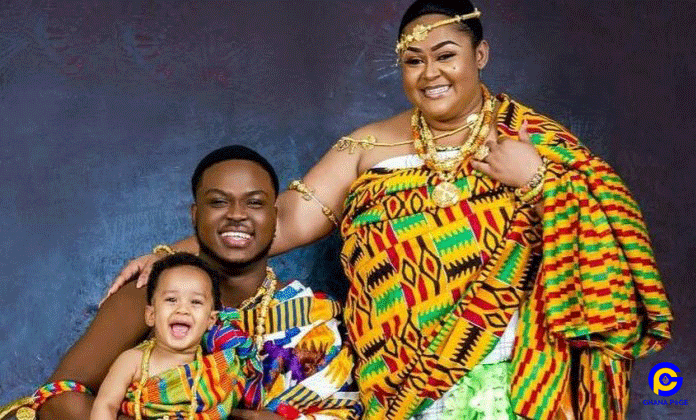 Celebrated Kumawood actress Vivian Jill Lawrence disclosed that she gave birth to her first son, Clinton at the age of 15.

The actress also revealed that she had Clinton while in School at age 15.

Vivian further stressed that she suffered so bad with her son at that tender age, this was because when Clinton was 7 months his father had an accident and got paralyzed.

She also lamented Clinton has never seen his father on his feet before.

The celebrated actress added that she promised her baby father to take care of their son. In her quest to achieve that she went to the extent of begging for money from people just to take care of her son.

These comments were in connection to the allegations leveled against her by American based Evangelist Addai that she slept with her first son to have her second child.

According to Evangelist Addai, Vivian Jill has not been able to show the father of her second child to Ghanaians and the world because her first son, Clinton Prempeh is the biological father of his younger brother.

She later stressed that she has no reason to expose issues of her relationship on social media, for people to see and so if Evangelist Addai wants to see the father of her second child he should come to her house in Kumasi.

Vivian Jill Lawrence is a mother of two namely Clinton Prempeh who is 20 years and Alfie Nana Amponsah Okobeng who is 2 years old.