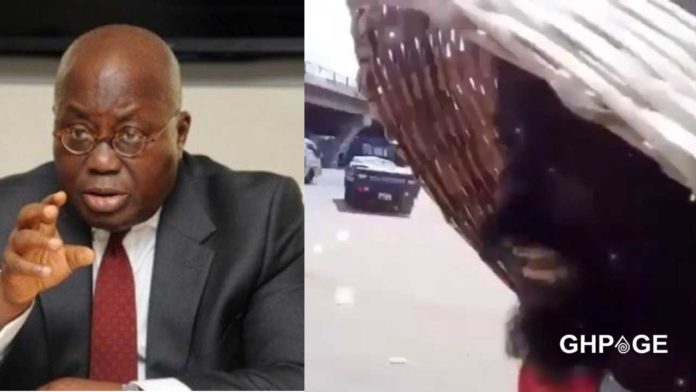 Ghanaians have for some time now been crying over hardship in the country and asking the government in power to step in and help resolve the hardship.

In a recent video making rounds on Facebook, a man identified as ‘Wee Teacher’ has reiterated the concerns of many Ghanaians in an impassioned message to the leadership of the country.

While the man appears mentally unstable, his message has resonated with many people on social media.

‘Wee Teacher’ noted that for a country endowed with a lot of natural resources and has recently been blessed with an addition black gold, it is unacceptable that many continue to struggle for basic needs, worse, for the country to move from one nation to another begging for loans.

According to some people who have reacted to the video on social media users, though wee teacher might not be in his right state of mind, the import of his message is valid and the government must know the citizens are suffering.