Flatelo, the artiste who wanted to ‘chop’ Akuapem Polo for free replies her 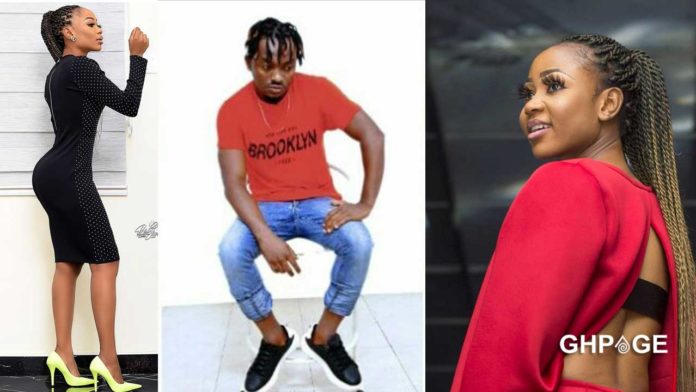 Earlier today, Ghpage.com reported on a story where a Ghanaian-based Italian artiste wanted to chop one of Ghana’s trouble actress and video vixen Rosemond Brown aka Akuapem Poloo under the pretense of a video shoot.

Well, the said artiste has finally been revealed and is in the person of Flatelo.

According to Akuapem Poloo in her earlier submission, Flatelo called her a day after featuring in his music video saying he wanted to date her but she didn’t take it cool with him as she blasted her very well hence the audio that was shared earlier.

To every story, there are two sides and Flatelo has finally responded narrating his side of the story.

According to Flatelo, our own Akuapem Poloo took a whopping amount of money from him to feature in his music video. But she has failed to fulfill the promise.

Though Akuapem Poloo denied getting banged, Flatelo on the other side confirmed that he has indeed ‘chopped’ Akuapem Poloo very well but he didn’t get any satisfaction as Poloo’s pussy is not tasty perhaps as compared to other ladies he had slept with.

It’s worth knowing that Flatelo’s response to Poloo is full of vulgar language.

So, listen to the audio below