Video: Obinim after cheating, reveals why he can't divorce his wife and what stops him if he thinks about it 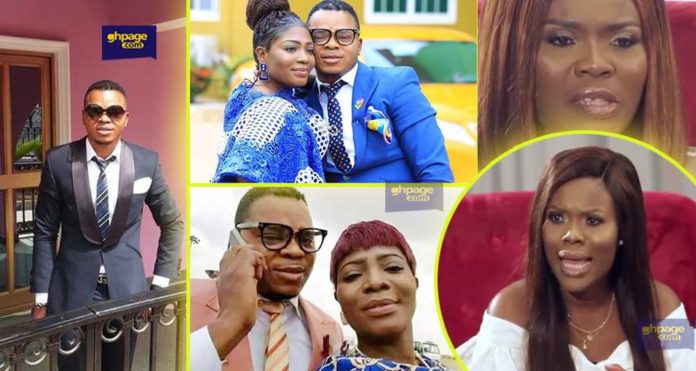 Leader and founder of the International Godsway Church, Bishop Daniel Obinim has revealed the important role his wife Florence Obinim has played in his life.

In 2011, Ghanaians were stunned when a leaked audio recording suggested that Obinim was sleeping with Gifty Pokua, the wife of one of his junior pastors.

However, the controversial man of God in an interview with Delay disclosed that he is who he is today because of his wife. He added that he has never touched her although, they have normal marital issues as it happens in every marriage.

“I can swear on my bible that, I will never divorce Florence. I can swear. Because there is something that I use to remind myself of the role she has played in my life.”

“If Florence will offend me to the greatest extent – I can open my mouth to say I will divorce her or even say it to the congregants, or say it on your program(Delay), that I want a divorce. But after sleeping over it, I will remember ‘that one thing’ she has done that will prompt me to call her to come back.” Obinim stated.

The ‘one thing’ Obinim claims he cant leave Florence because of that is the fact that, Florence is his pillar.

He added that if he is to compare the role she has played in his life in terms of percentage, then Florence has made about 40-50% contributions in his life.

“She can fast for one week even without water. She can go to the park and be praying and interceding for me. So a lot of the miracles and the healings I do comes from my wife, Florence’s prayers.” He said

“If will be having a church service the next day, she doesn’t sleep that night before. She will pray till the next day. When I am even asleep around 1 to 2 am, she will put her hands on me and be praying for me. She is my pillar.” He added

The controversial pastor, Obinim has made headlines for outlandish claims such as fighting with Angel Gabriel in heaven and Lucifer getting jealous of him when he goes to heaven.

Last month, he made headlines for asking some of his church members to carry cement for miles as part of their punishment for failing to stake a lotto number he gave them.

Recently, the ‘Angel’ and his wife’s pictures on a holiday in Spain caused a stir on social media.