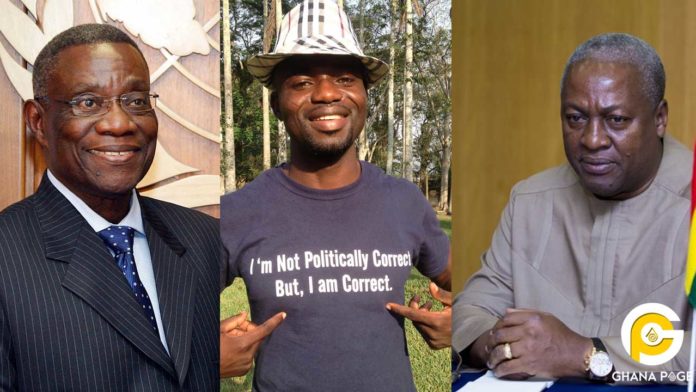 Former President of the Republic of Ghana John Dramani Mahama is reported to have written his resignation letter before the demise of President John Evans Atta-Mills.

According to a yet-to-be-released book authored by investigative journalist, Manasseh Azure Awuni, the NDC flagbearer wanted to resign because of the constant frustration from some presidential staffers and ministers in the Atta-Mills administration.

The book titled, “The Fourth John: Reign, Rejection, and Rebound”, talked about how John Mahama was treated with contempt and disrespect by these staffers and ministers.

The book which will be launched on Wednesday, November 27, 2019, also has information on how John Mahama became president and his political history.

The Ghana Report is also reporting that John Dramani Mahama’s resignation as Vice President then was stopped by a chief director at the office of the Veep.

“The Chief Director at the Office of the Vice President had returned from lunch break to find the typist in the office seriously typing a letter. Official letters often passed through him (the Chief Director), and he then assigned the typist to work on them.”

“But this was an exception. When he asked typist what he was typing, he said the vice president had given him something to type but he would not speak when asked what it was. Perhaps, the content was too heavy for his mouth.”

“The Chief Director then drew closer to him and looked at the screen of the computer. What greeted him from the screen, alarmed him.

It was Vice President John Mahama’s resignation letter that was almost ready. He didn’t have the time to read the full letter. He ordered the typist to stop typing and he headed for John Mahama’s office,” excerpts of the book revealed.

The book also revealed that Lordina Mahama, wife of the then Vice President had complained about the treatment and frustrations meted out to her husband John Mahama.

The 396-paged book is due to be launched in four cities in Ghana – Accra, Kumasi, Tamale, and Bolgatanga.