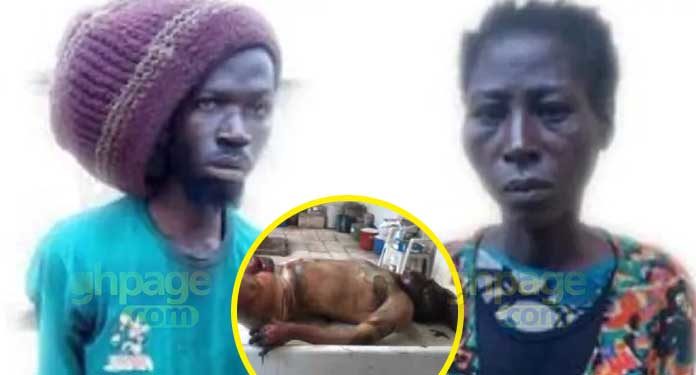 A woman who feigned madness to kill people and sell their human parts has been busted in Lagos, Nigeria.

The ‘madwoman’ who was arrested on Monday with decomposing corpses and other human parts under Cele Nicer Bridge in Ijanikin, Ojo area of Lagos State, has said she, at times, posed as a sex worker to get victims for her human parts business, which she has been operating for nine years. 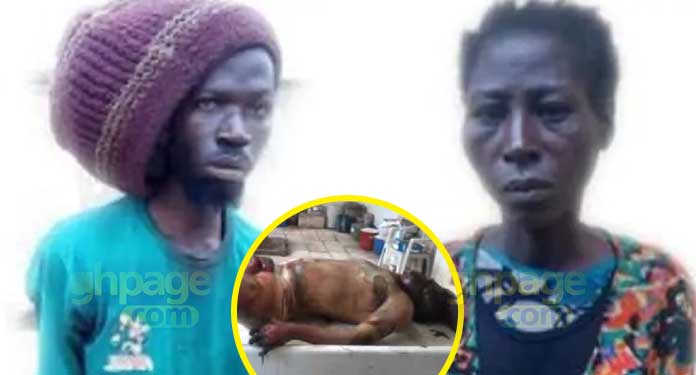 A preliminary investigation also revealed that the suspect, identified as Folake Folade, was not mad after all, but rather the ringleader of a syndicate that sells human parts, according to the sunnewsonline.com.

The suspect, who was arrested alongside her accomplice, identified as Emmanuel Gbenga, disclosed that some of her victims were men who she lured from hotels where she posed as a commercial sex worker.

Some youths in the area and security agents were seen combing the tunnel under the bridge for more clues after her arrest.

Bodies recovered in the tunnel where she hid the body parts included those of a middle-aged man, a baby that was less than three months and a nine-year-old boy said to have been returning from holiday classes.

Folake confessed that she had boys that worked for her. According to him, “she said once her hands touched someone, the person would lose his senses and follow her sheepishly.

“She opened a can of worms when she was caught and said she had been at her trade spot for nine years and that her business was to sell human parts to ready buyers.” One of the residents of the area said.

“She said her customers usually parked on the bridge at night with their vehicles bonnets opened, pretending that their vehicles had one fault or the other, unknown to people that they were waiting to get human parts.”

“She said her boys would be beneath the vehicle pretending to be working on the car to douse any suspicion and, in the process, hand over a nylon bag which contained the needed human parts,” Mojisola narrated.

“Whenever she failed to find preys to meet up with the demands of clients, she would dress up and head straight to any hotel of her choice at night.”

“Any man that picks her for the night becomes a prey as he would end up in her den, where his body parts were later harvested and sold off to waiting clients,”Lawrence, another resident also added.