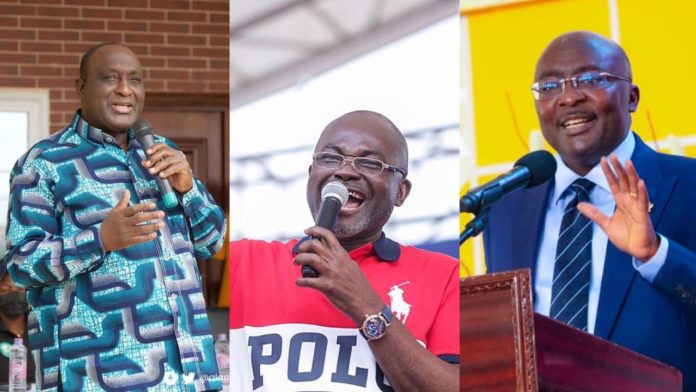 Kennedy Agyapong has reiterated his presidential ambition by stating that he is the best person to lead the New Patriotic Party to victory in 2024.

He has, thus, encouraged the rank and file of his party to disregard the candidature of long-serving member Alan Kyeremanten and Vice President Bawumia.

Kennedy Agyapong has described the two as wrong choices who will not guarantee victory for the NPP at the 2024 polls.

“If the NPP goes for Bawumia or Alan, it will be bad for the party.” “I believe I am the only one who can break the eight.”

“Ghanaians see me as distinct from real politicians, who are always thinking about the next election and thus unable to speak the truth.”

“Ghanaians regard me as someone who is courageous, speaks the truth, cares about ordinary people through philanthropic work, and is a businessman. They have tried every profession and now want to try being a businessman. “I am qualified.”

The Assin Central MP did not only trumped up his achievements but also added that if the NPP presents the same faces, there is a high probability that they will lose the elections.

“To be honest, whether your government performs or not, it is very risky for the sitting government to win a third term, and so going with the same face will be difficult.”

“It will be like giving the NDC power, so they need a new face who cares about the people and the development of the country, not a politician who is always thinking about the next term and thus unable to make the right decision. That is why they are going to vote for me,” he told Citi News.