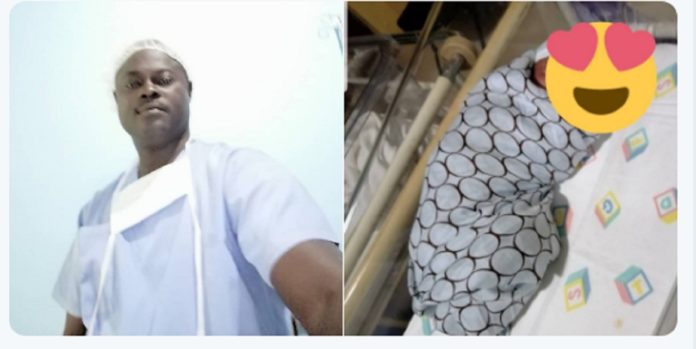 This good news was shared on Twitter by Sports Journalist Saddick Adams where he revealed that it is the footballer’s first male child after his issue with his ex-wife.

Saddick Adams tweeted; “Congratulations to Nii Odartey Lamptey (Ex-Ghana international) on the birth of his third child. Finally, that one male that you so desired. Those who know the story knows why we so happy for this man”.

Odartey Lamptey is one of Ghana’s exceptional footballers who has played a vital role in the Ghana Football Association.

He retired from active football in 2008 and later founded the Glow-Lamp International School.

Odartey Laptey divorced his first wife Gloria Appiah after DNA test proved that he was not the biological father of all his three children.

After the divorce, his ex-wife took him to court to get 50% of his assets but was refused by the judge.

Odartey Lamptey is currently married to model and actress Ruweida Yakuba with whom he now has three children with; two girls, one boy.

Ghanaian and Deportivo Alavés midfielder Mubarak Wakaso has been captured in a photo lying on a hospital bed with his arm bandaged....
Read more
Sports