Former British High Commissioner, Jon Benjamin weighs in on Stonebwoy-Shatta Wale beef. Guess what he has to say 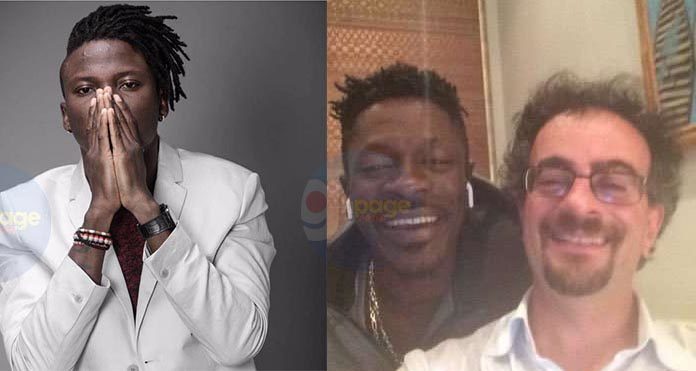 There has been long-standing debate as to who is the Dancehall king in Ghana and most recognised artist the shores of the country. Shatta Wale or Stonebwoy?

READ ALSO: It’s an honour to be ‘insulted’ by Sarkodie – Patapaa Amisty

In the wake of the ongoing beef between Shatta Wale and Stonebwoy who are both signed unto one giant record label, Ghanaian-born UK based singer Stephanie Benson spoke to local media and said Reggae and Dancehall artiste Stonebwoy is a household name in the UK unlike his counterparts in the Ghanaian music.

However, Stephanie Benson claims the Stonebwoy is Ghana’s most recognised artist in the UK.

READ THIS: “Y’all bunch of idiots and hypocrites” – Dancehall Artist slams VGMA Board for not nominating him

“Stonebwoy is big in the UK, everybody knows about him there but the others are not so known there. I went for my radio tour just before I came with the song ‘One More’, and a couple of my songs ‘Goodbye and ‘Good Feeling’ and everybody was asking me; do you know Stonebwoy and said yes!”

But former UK High Commissioner to Ghana, Jon Benjamin says Stephanie is clueless for claiming popular dancehall artist Stonebwoy has more recognition in the UK than anyone else.

READ THIS TOO: Meet The Alleged Girlfriend Of Patapaa Called ‘Pata Pichy’

In a tweet, the opinionated British diplomat says Stephanie’s assertion is totally untrue.

“Household name in the UK”? I can’t think of a single friend or relative of mine in London who has ever mentioned or even heard of Stonebwoy, sorry”