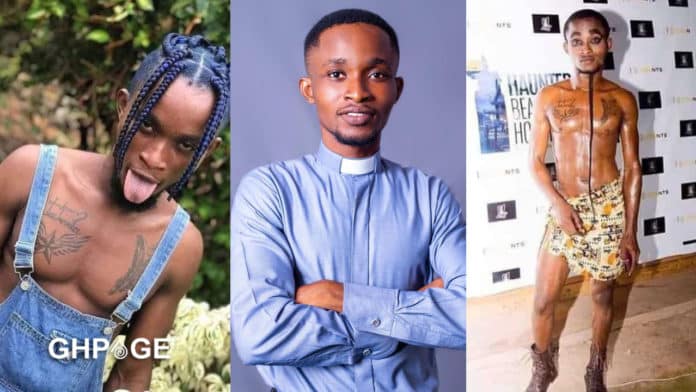 A repented member of the LGBT community in Ghana who transitioned into a full-fledged Christian and an Evangelist has now been ordained as a pastor.

Aaron Adjetey Akrong was gay for almost twenty years amid bouts of drugs until Christ flipped the switch on him in September 2018.

According to GHPage.com sources, his ordination took place on the 27th of November 2021 in the Alabaster End-Time College Ministry in Ghana’s capital Accra, where he received his certificate as a recognised pastor called by God to ministry.

Aaron Akrong whose story inspired many when he converted to follow Christ shared some photos after his graduation and ordination on social media.

“For it is written: ‘Eye has not seen, nor ear heard, Nor have entered into the heart of man the things which God has prepared for those who love Him'”

During his days as a homosexual, Aaron championed the cause of LGBTQ activities in Ghana and pushed for its legalisation until he was “arrested by Christ”.

His transformation into a born-again-Christian some three years ago has been very remarkable.

Today, he’s actively campaigning for an anti-LGBTQ Bill before parliament that criminalises the activities of homosexuals to be passed into law.