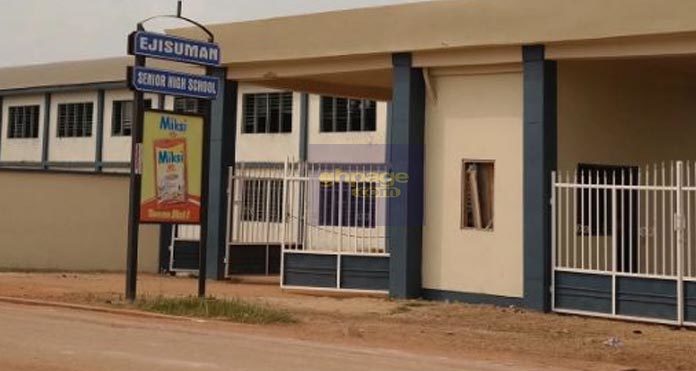 Four teachers of Ejisuman Senior High School have been sacked after they were found guilty of sexual misconduct.

They were found guilty of several acts of sexual misconduct and immoral relations with students.

It would be recalled that following the leak of the sex tape of Mr Robert Sepey, the headmaster of Breman Edumanu D/A Basic School and a 19-year-old Priscilla Tetteh, Nkosuohene of Ejisu traditional council threatened to expose the teachers who he knows are involved in the shameful act with students.

The dismissal was announced by the Ghana Education Service in a statement.

It follows months of investigations conducted by a committee set up after the students raised alarm about the conduct of the teachers following a leaked sex tape which captured the headmaster of Breman Eduman D/A Basic School in the Asikuma-Odoben-Brakwa District of the Central Region, Robert Sepey, having sex with a female student.

A 21-year-old female student of Ejisuman SHS blew the whistle when she said she and some of her colleagues were compelled to prostitute themselves to their male teachers, so they could earn some money to pay their fees and avoid being sent home.

She also revealed that some of the male teachers blackmail the female students into having sex with them.

She said the teachers threatened to either sack or prevent them from re-writing their failed exams if they do not give in to their sexual demands.

In her case, she said after the male teacher had had sex with her for the first time, he failed to fulfil his side of the bargain, which was to pay her GHS100 school fees – the very expectation and promise for which she gave in to his sexual pressures in the first place.

She, thus, turned down a second request from the same teacher.

Aside from this development, other cases of sexual assault involving teachers have been recorded in other schools in the region.

The development compelled the Education Minister, Dr Matthew Opoku, to warn that the government will take on any Regional Director of Education who fails to protect female students who are victims of sexual abuse by teachers in Senior High Schools across the country.

The Minister indicated that boarding schools cannot be used as brothels by male teachers who usually engage in sexual relationships with their female students.

read this: 5 Ghanaian women Kennedy Agyapong is alleged to have had an affair with