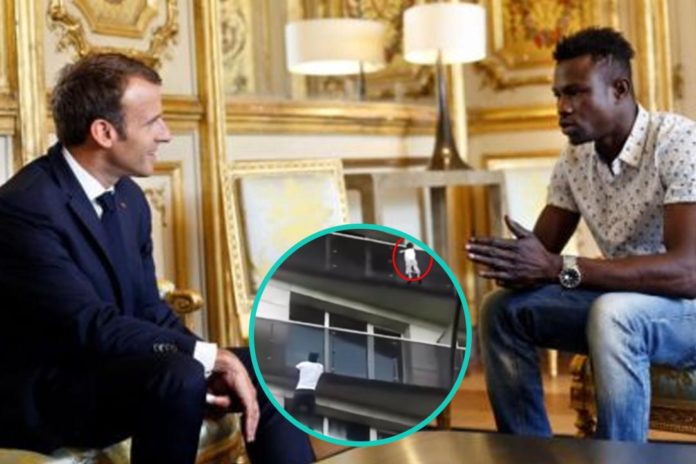 The President of France has granted citizenship to an African migrant who defied all odds and climbed a four-storey building to save a child.

Mamoudou Gassama, who had been living illegally in France, was dubbed a “real-life Spider-Man” after quickly scaling a building in Paris’ northern 18th district on Saturday.

President Macron invited Mr. Gassama to the Elysee Palace on Monday to thank him personally and honor him with a French citizenship.

Thank God, I saved the child’ Footage on social media shows the 22-year-old climb up the block of flats and has gone viral – with one post having been watched over seven million times.

“I saw all these people shouting, and cars sounding their horns. I climbed up like that and, thank God, I saved the child,” Mr Gassama told reporters after the event.

A video of Mamoudou Gassama’s spectacular rescue went viral on social media and has been viewed millions of times.

With a crowd below cheering him on from the street, the migrant pulled himself from balcony to balcony at risk of life and limb and managed to grab the four-year-old as a neighbor unsuccessfully tried to reach the boy from the nearest flat.

President Emmanuel Macron invited Mr Gassama to the Elysee Palace on Monday morning to personally thank him. During their filmed conversation, Mr. Gassama said that he was trembling like a leaf after his courageous act.

Also Read: Anas Will Die On 30th November 2018 because of his disobedience – Prophet Reveals

Afterward, Mr. Macron announced that he would be granted French citizenship and join the French fire brigade.

Paris mayor Anne Hidalgo also lauded the 22-year-old’s heroism, and said she had called him to thank him in person.

She hailed him as the “Spiderman of the 18th”, a reference to the Paris district where the rescue took place.

“Congratulations to Mamoudou Gassama for his act of bravery that saved the life of a child,” Ms Hidalgo tweeted.

“He explained to me that he had arrived from Mali a few months ago dreaming of building his life here.

“I replied that his heroic gesture was an example for all citizens and that the City of Paris will obviously be keen to support him in his efforts to settle in France.”

Also Read: ‘I am the king of Radio, you can’t sack me’-Captain Smart Reacts to news of his Adom FM’s interdiction

Hinting that he could expect a fast track to residency, government spokesman Benjamin Griveaux tweeted: “This huge act of bravery, faithful to the values of solidarity of our Republic, must open the doors to our national community.”

A petition has been launched online.

Rights group SOS Racisme said: “Mamoudou Gassama serves as a useful reminder to us that people without papers are human beings with…great bravery that many have shown in their perilous journey to Europe – bravery that they often continue to display here.”

The drama took place on Saturday evening on a street in the north of the French capital. Mr Gassama told journalists he had been in the vicinity when he saw a crowd gathered in front of the building.

“I saw lots of people shouting and cars beeping. I saw that the child was going to fall from the balcony. I did it because it was a child,” BFM TV quoted him as saying.

“I climbed… Thank God I saved him.”

He added: “When I got the child, he was crying. I asked him where his mother was. He replied that she was at a party.”

Once safely inside, he said his legs felt like jelly and he collapsed on the sofa.

The Parisian fire service said crews had arrived to find the child had already been rescued.

Also Read: Prophet Nigel wanted to do something with Ebony – DJ Oxygen

“Luckily, there was someone who was physically fit and who had the courage to go and get the child,” a spokesman told AFP news agency.

Local authorities quoted by French media said the child’s parents were not at home at the time.

The mother was not in Paris at the time, it is believed.

The father has been questioned by police on suspicion of leaving his child unattended, judicial sources say. He faces charges of “dereliction of parental duty”, a crime that carries a maximum two-year prison term.

The child has been placed in care for the time being.

This is not the first time an undocumented migrant has been hailed a hero in France.

Lassana Bathily, a Malian Muslim, was awarded French citizenship after helping save the lives of several customers during a terrorist hostage drama in a Jewish supermarket in Paris in 2014 in which four people were killed, as well as the assailant.

The 24-year-old shop assistant was in the underground stockroom of the Hyper Casher store when gunman Amédy Coulibaly burst in upstairs, firing from a Kalashnikov. He hid many in a freezer, which he switched off. 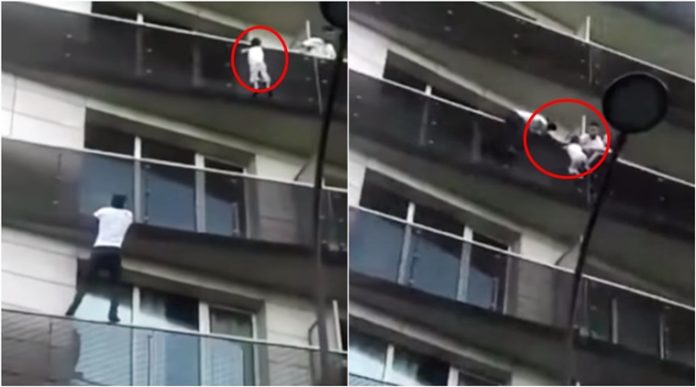 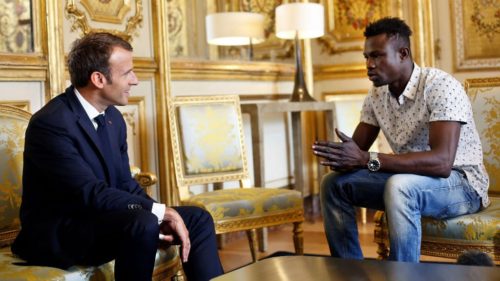 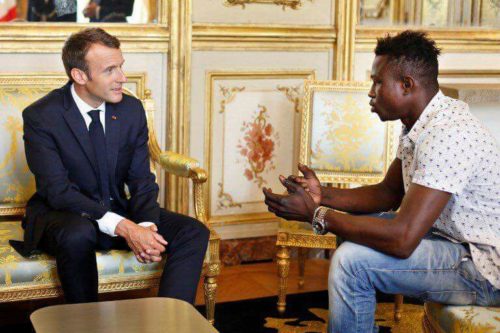 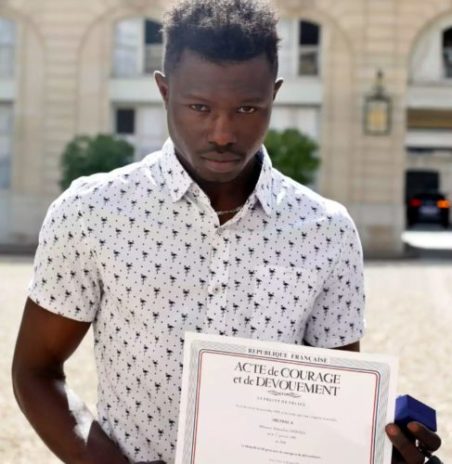 SEE MORE: Meghan Markle Now Has Her Own Coat of Arms Created For Her By The Royal Family

Love has no time constraints. There is no time frame for when a person can fall in love with another, it just happens. Ghpage.com has come across...
Read more