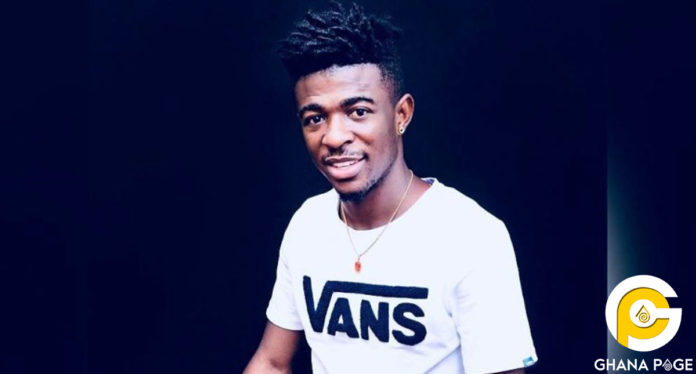 Kumawood actor turned musician, Frank Naro has revealed that he got a lot of ‘feelings’ from Kumawood actress, Maame Serwaa whilst working together on sets.

Talking about his movie industry experience in a recent interview, he revealed that it is normal for colleague actors or actresses to undress in the same room without anybody developing any amorous feelings whatsoever towards each other.

He added that he has developed the same attitude in his music career hence, he doesn’t develop amorous feelings for vixens or models he works with.

He was then asked if he doesn’t catch feelings for beautiful models who ‘smooch’ him seductively he replied saying that he doesn’t because Kumawood actress, Maame Serwaa has had similar bodily contact with him so he’s used to it.

He further said that when he used to come in contact with Maame Serwaa, he used to ‘catch feelings’

He also revealed that they are close friends who have worked together on several projects. He added that owing to their current relationship which is almost sibling like, he doesn’t know if they could be involved romantically but it’s not totally out of question.