I recorded Freedom because of Patapaa’s One Corner; He Nearly Killed My Career-Shatta Wale 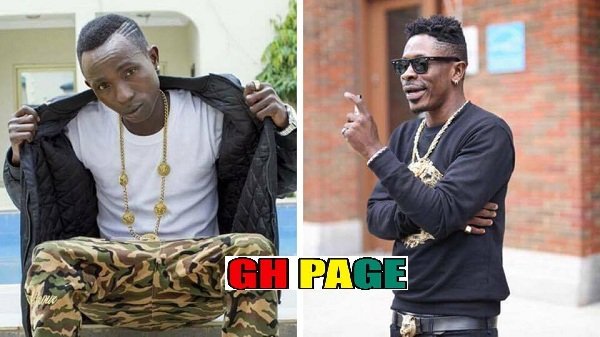 Shatta Wale in an interview with Jerry Justice on Adom FM confessed that he entered the studio to record ‘Freedom’ because Patapaa was taking Ghana by storm with his ‘One Corner’.

According to Shatta, he intentionally released his ‘Freedom’ song to counter Patapaa’s ‘One Corner’, which was making waves in Ghana music.

The self Styled dancehall king also revealed that he initially wanted to give the song to the Agona Swedru-based musician, but changed plans later because Patapaa got him worried with his hit single.

“Let me confess today. Patapaa worried me a lot so he made me record the freedom song. I wanted to give the song to him but I changed plans later. I’m saying this and God knows that I am not lying. That is how smart I am,” the dancehall King said.

“Patapaa’s ‘One Corner’ got me asking why God didn’t bring the hit song to Accra but took it to Swedru. Tell Patapaa I love him so much but he nearly killed my career,” Wale said.

However, Shatta Wale’s Freedom song has been tagged by Willis Beats, popular Takoradi-based music producer as ‘senseless’, judging from the few words the artiste uttered.

Acoording to him, Shatta just mentioned just a few words like ‘you say wetin’ which was composed by Zigi 7years ago.

Also see Photo: Shatta Wale Dashes GHC 500 To A Fan For Drawing His Face At His Back