Friend narrates how Aisha’s video was recorded and released online 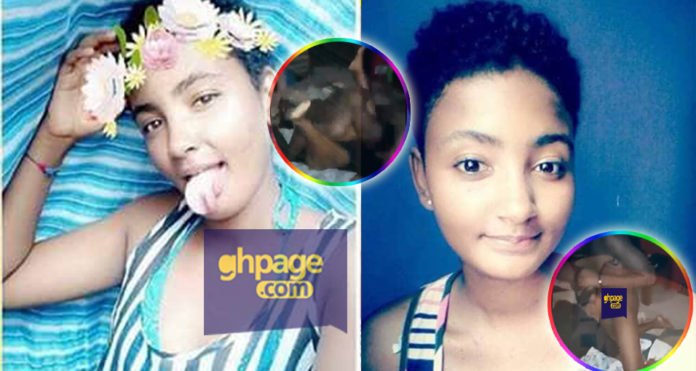 A friend who claims to know what really went down has narrated exactly how the video was recorded and why it was released online and it all boils down to money.

According to the guy, Aisha was enjoying some good time with her boyfriend when the boyfriend’s close friend walked into them. The boyfriend convinced her to allow the friend to also have s*x with her which she obliged.

According to the guy narrating the story, the third guy suddenly came inside the room and revealed he has recorded everything and he will only not leak it if she allows him to also have a piece of her; she had no choice but to allow him. And that is why we saw 3 guys chopping Aisha.

On how the video leaked, the oboy revealed that the cameraman has been using it as a leverage to have countless s*x with Aisha with the threat to release it. He has been forcing her for the past one year (Meaning the video was shot a year ago).

But three days ago, cameraman decided he does want tonga again, he needs cash and Aisha too had none. when she told him she had no money, Cameraman released the video.

SEE ALSO: Here are photos of Aisha, the St. Louis SHS girl whose Atopa video with 3 boys has been leaked on social media [See Photos]

But it should be noted that there are too many loopholes in this story. From the video, the video was shot in in the presence of all 3 and there was nothing like a secret recording.

Secondly, Aisha, when the video leaked, said she had no idea a video has been recorded until her mother sent it to her today.