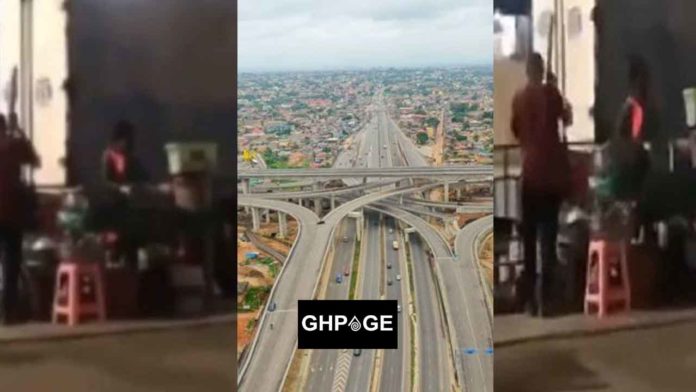 The traders who were spotted selling fufu along the newly constructed Pokuase Interchange has reportedly been fined by a court in Accra.

The traders who were operating an eatery on the pavement identified as Kwame Addo, 60, and his daughter, Comfort Dartey, 32, were fined GH300 and GH120, respectively.

“Comfort Dartey and his father, Kwame Addo, were taken to court yesterday [Thursday] and fined.

The father faces a GH300 fine, and the daughter paid GH120 and signed a good behaviour bond,”

This comes after a man and his daughter were seen pounding fufu on the pavement of the newly constructed Pokuase Interchange.

This viral video was met with mixed reactions on social media who called on the authorities to prevent traders from taking over the pavement.