Here’re the revealed Full names and ages of Ebony’s driver, friend, and soldier who died with her (With Pictures)

Ebony was 7 days to turn 21 on 16th February 2018 and here are the ages of the Soldier, Franky and the driver who were involved in the accident. 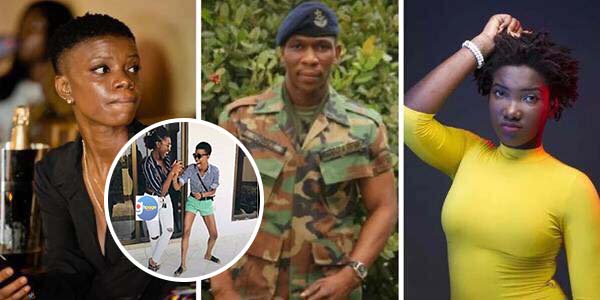 At the breaking of the news of this tragic incident, little information was available concerning their names and ages but — Ghpage.com has the full names and ages of the three other victims of Ebony’s vehicular accident.

According to what we got, the lady who died with Ebony is reported to be her childhood friend and personal assistant. Her real name is Francisca Nkansah Kuri and she was twenty-seven (27) years old.

The driver, who is reported to be responding to treatment at the Bechem Government Hospital in the Brong Ahafo Region, is also called Chartey Oko Pinehad, also twenty-nine (29) years old.

Francisca, Vondee, and Ebony, all died when the vehicle in which they were traveling collided head-on with a VIP bus. Only the driver survived.

Ebony was returning from Abesim, near Sunyani in the Brong Ahafo Region where she had visited her mum and family members on Thursday night when the accident occurred.