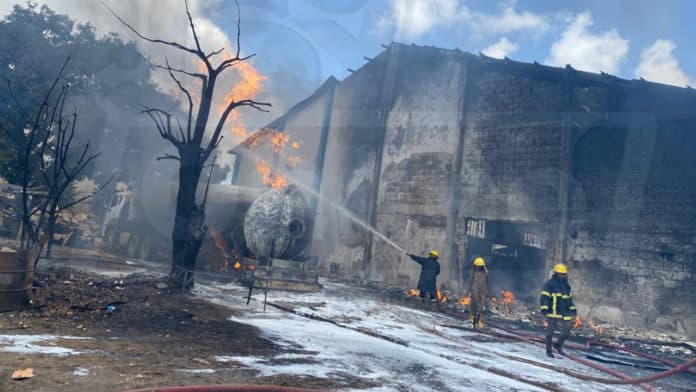 A gas explosion incident at the Kumasi Shoe Factory in Atonsu Agogo on Friday, June 17, 2022 has left at least three people injured.

The incident occurred at about 11 am when a gas tanker caught fire during a process to discharge fuel into the company’s cylinder.

According to a Joy News report, this caused panic among many workers who rushed out to the scene, resulting in the injury of the three victims. The two cars were also torched.

Firefighters are battling the flames as the area has been cordoned from the public for safety.

“We are learning two of the injured persons have been discharged; so, at least one is still there. Authorities of the Shoe Factory say they are still conducting preliminary investigations and would come out with more findings,” JoyNews noted.

The injured have been sent to the hospital and are responding to treatment.