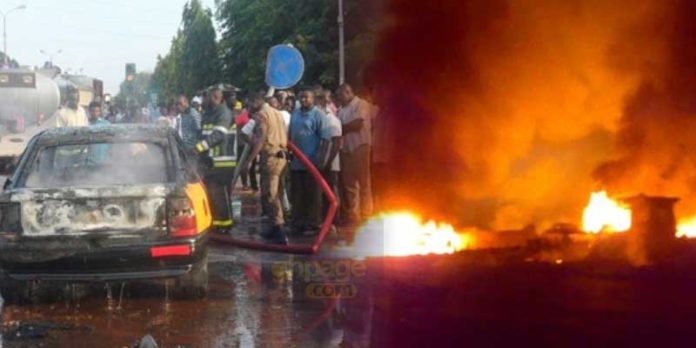 Following a gas explosion that occurred on Tuesday morning at Trinity Gas Stations in Krokrom in the in Kumasi Metropolis around 7:30 am, has left at least 10 people sustaining severe bodily burns.

The Prime gas station situated close to a vehicle washing bay from the main Krofrom traffic light, through Columbia towards Tafo Nhyiaeso also has several cars in and around the station burnt down to ashes, including the station, following the inferno, that also spread to a nearby car fitting shop. 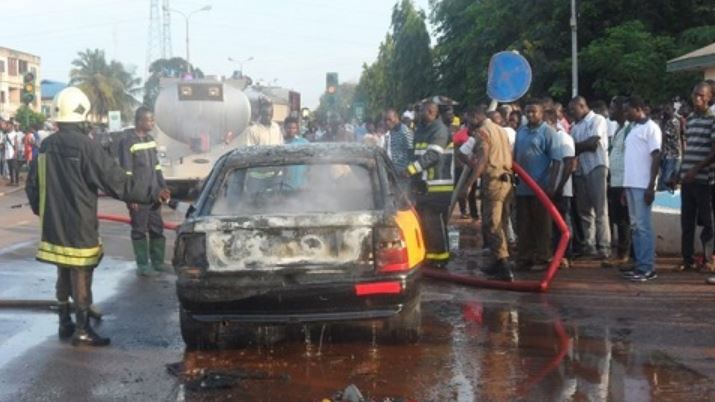 Some residents, as well as fire personnel who were injured, are receiving medical treatments following the multiple explosions.

As at the tie of this report, fire personnel had arrived at the explosion scene following a distressed call but the cause of the explosion is yet to be established. 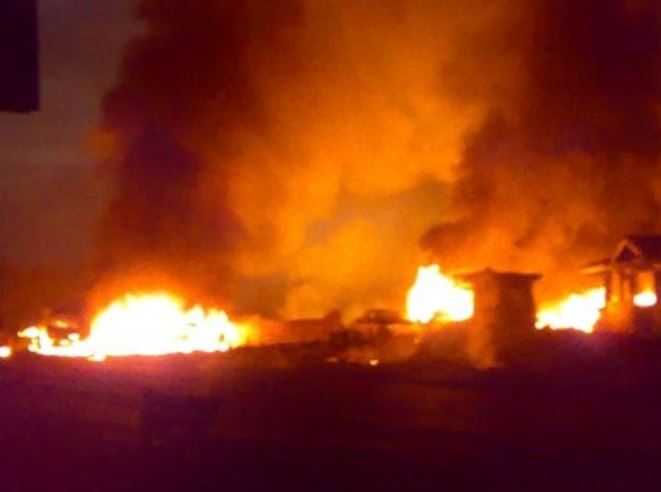 The Ashanti Regional Director of the National Disaster and Management Organization (NADMO), Hon. Kwabena Nsenkyire, who arrived at the scene said he was not surprised at the situation because a process is underway in closing down the station, which is sited among residential houses.