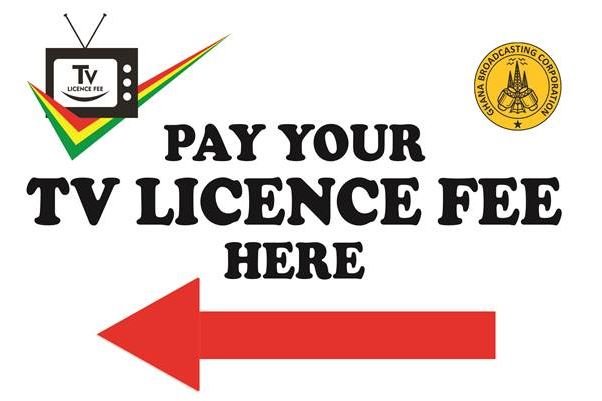 The issue of TV License recently sparked anger in Ghanaians due to quality content not provided by the Ghana Broadcasting Corporation (GBC).

Responding to the outcry and criticism of Ghanaians, GBC directed by its governing body will no longer prosecute defaulters for non-payment of TV license.

A statement from the Board of GBC reads:
“At an emergency meeting of the Governing Board of the Ghana Broadcasting Corporation on the 10th of January 2018, the Board was apprised of the challenges that had come in the wake of the implementation of the Television License Fee. The Board also noted the outcry, anxieties and apprehensions expressed by the public with respect to a possible prosecution for non-payment.”

“The Board following an evaluation of the situation has instructed the Management of Ghana Broadcasting Corporation (GBC) not to pursue any activity, or set of processes, leading to the prosecution of any individual for non-payment of the Television License Fee.”

“The Governing Board is assuring the general public not to entertain any fear for any such possible prosecutions,”

“With Respect to the future of the Ghana Broadcasting Corporation, the Board recommends that the National Media Commission (NMC) drives the process of engaging critical stakeholders to resolve the status of GBC, and find a more enduring funding module, that would enable it to discharge its constitutional mandate.”

The National Communication Officer for the National Democratic Congress (NDC), Sammy Gyamfi has been arrested by the Ghana Police CID.
Read more