Gemann blasts Delay over her interview with Papa Shee 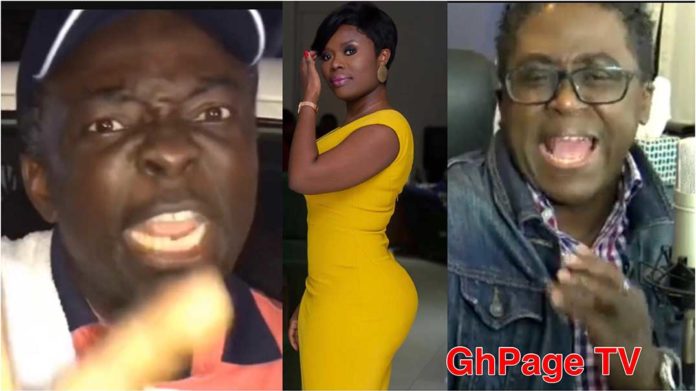 Popular highlife singer turned pastor based in the US, Nana Agyeman popularly known as Gemann has called out television personality, Deloris Frimpong Manso known in showbiz industry as Delay for disrespecting Evangelist Papa Shee on her program.

According to Geeman, Delay invited Evangelist Papa Shee on her program just to disrespect and humiliate him.

ALSO READ: Papa Shee reacts after his interview with Delay was aired

Pastor Gemann also stated that Delay has no shame and no has no sense of journalistic ethics.

“My Evangelist brother was on tv program and apparently from what I am told this show was recorded last year but the host of the program decided to hold on to it till now.

I got the opportunity to watch the program recently and the host was disrespectful and totally out of order. I am just wondering the purpose of the program if you would invite somebody to your talk show and your main purpose is to diss and disrespect the person, then some of us have an issue with it.

It is just a shame that we will allow people to manipulate the ministry that God has given to us. I just don’t get it, so the purpose of Evangelist Papa Shee being on this lady’s program is for her to quiz and find out if a citizen of the United States or what?

A woman with no shame but you want to sit on tv and make a mockery of someone’s calling. This woman has no decorum, she has no sense of journalistic ethics. You brought him to your program just to humiliate him and some of us will not let you get away with it. People like you must give honour where honour is due”, Gemann stated.

ALSO READ: Patapaa performs in front of less than 7 fans in Norway

Geeman can be described as one of Ghana’s biggest musical exports and a national dance champion in the late 1970s.

He was the country’s favourite but unfortunately, on January 9, 1995, he was arrested for shooting and killing a taxi driver at Dome in a scuffle over 2,000 cedis currently 20 pesewas.

He was convicted of murder and spent 14 years in prison but was released on January 9, 2009, on a presidential pardon from former President, John Agyekum Kufuor.

The ‘Highlife in G Major’ hit singer is currently a full-time Pastor based in the US.