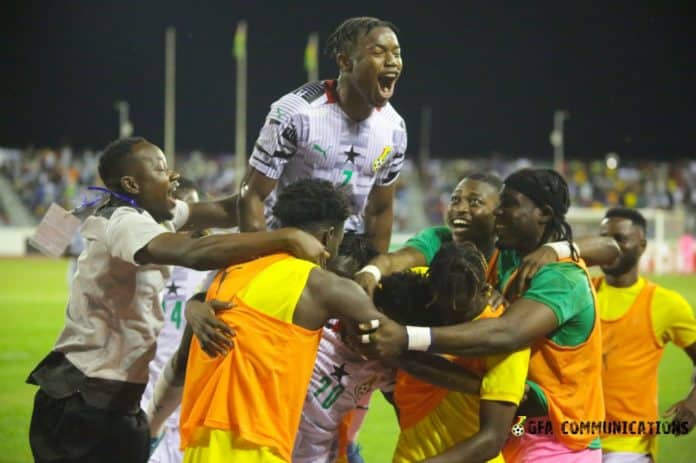 After a first half in which Ghana dominated and generated numerous chances but failed to score, the game appeared to be heading for a painful conclusion on the Stars’ return to the Cape Coast Stadium.

The game remained goalless at halftime due to poor finishing and a tenacious opponent in Madagascar’s goalkeeper.

At the start of the second half, the Black Stars continued to dominate and were rewarded when Kudus tapped into an empty net after a cutback from the right in the 53rd minute.

The Black Stars were in complete control at this point, as Kudus pushed in a third goal from a Baba Rahman cross.

Ghana pressed forward and rightfully added a third goal when substitute Osman Bukari around the Madagascar goalkeeper and sent the ball into the net.

Mubarak Wakaso, whose place in the squad had been highly contested all week, even made an appearance.

The Black Stars now lead Group E on goal differential, one goal ahead of Angola, who defeated CAR 2-1 in the other group match.